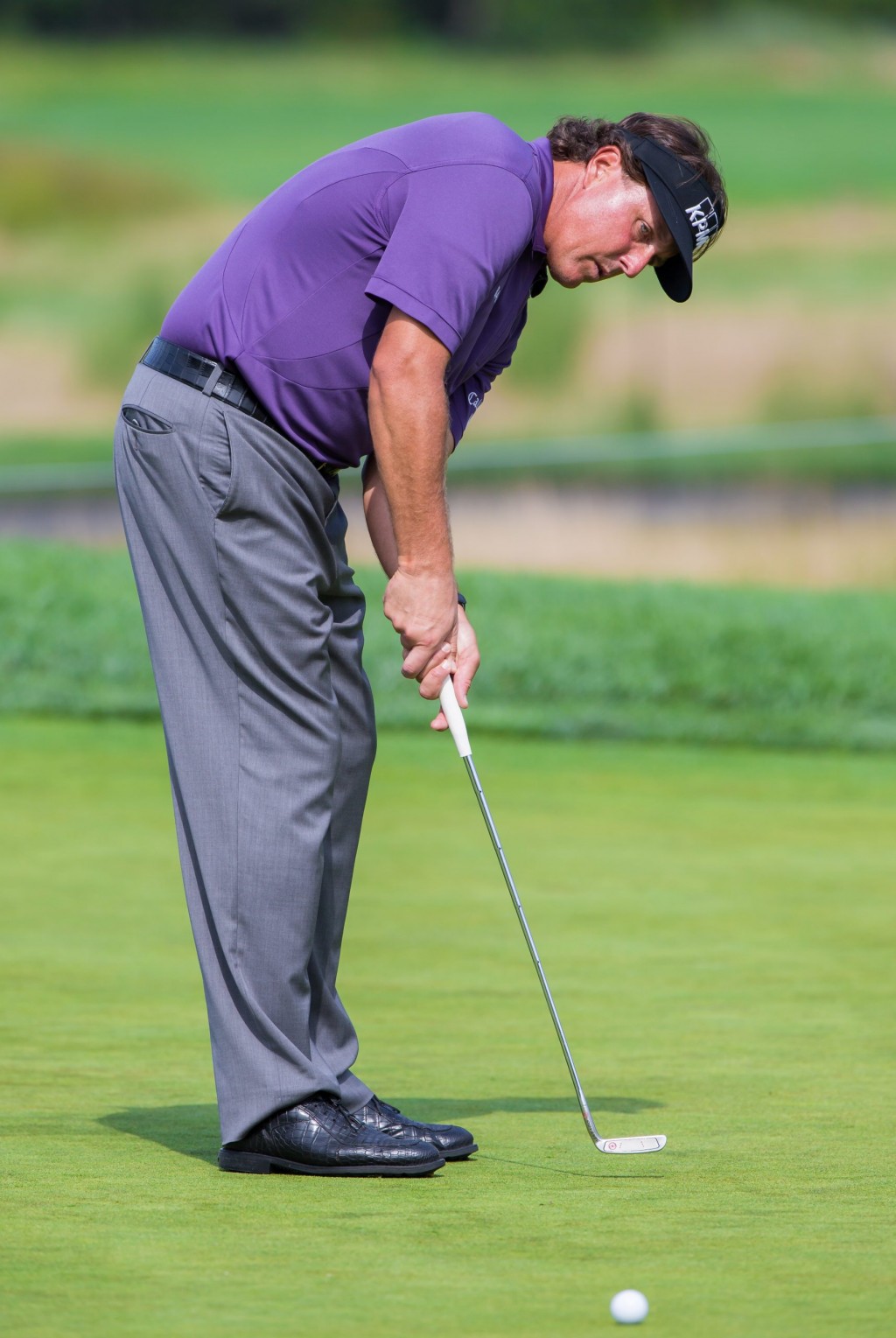 Avoiding A Meltdown Just As You’re About To Exit

The US Open at Winged Foot, 2006 — site of one of golf’s most epic collapses. Phil Mickelson stepped to the final tee box with the lead, in the tournament that’s eluded him his entire career.

Instead of playing it safe, ‘Phil the Thrill’ grabbed his driver and went for broke. The carnage that followed shouldn’t be further committed to writing for fear of ruining appetites and encouraging the golfing gods. Needless to say, Phil went home that day heartbroken and without his championship.

Every minute, traders are confronted with the decision of which club to pull: trade for a trend (or breakout) — or fade for the swing. In many instances, the signs leading to the right play are right there in front of them — but the wrong play is made and a setback follows.

You can avoid these meltdowns by knowing what to look for.

The gap between success and stressful losses

If you’ve struggled with golf — like many — here’s an indication of how difficult it is. They say that only 21% of adult golfers have shot a score that’s less than 90, and 5% have broken 80. Considering that most pros shoot in the 60’s — most of us have a lot of work to do.

Likewise, when it comes to trading many traders struggle with the basics, and never come close to realizing the profits, income, or lifestyle they were hoping for. A big contributor to this lack of success: understanding the difference between a candle that’s headed for a bounce or a continuation. Invariably the trigger gets pulled on a position that’s headed in the wrong direction — and a loss is incurred.

This often happens because the basics are ignored — specifically classic candle patterns and good old fashioned discipline. For traders who have delegated these responsibilities to an indicator: buckle up — you’ll see more of this.

Know the difference with understanding the pattern that candles are taking and their behavior at particular price levels leading up to that point.

Fundamental conditions that will keep your account in play

The determining conditions for a classic fade or a trade are really easy to spot. When they unfold, you don’t need a fancy club to hit these high probability shots.

Note how both patterns emerge with your standard ES chart. In this case, we have all three — a double bottom, top and a healthy breakout.

Now that you know what to look for, you’re in a position to make your entry.

Raising your game with clear-cut entries

Successful athletes will tell you consistency and discipline is what leads to sustained success and a lasting career. Similarly with trading, consistently applying fundamental entry criteria will help preserve and grow your capital base.

When you spot the classic signs of a double top/bottom or breakout, prepare to make your move accordingly:

Notice with our ES example above that both the double top and double bottom were honored with great fade opportunities on each peak. When price came back to test the double bottom level, it broke out with enough ticks to make anyone happy with the move.

To avoid meltdowns, add an additional layer of confirmation to increase your likelihood of getting in on the right side of the swing.

It wasn’t the first shot off the 18th tee that totally did Phil in, it was the second. Instead of taking his lumps and playing for a tie, he still went for it, trying to bend his shot around a tree and onto the green.

If you’ve seen your share of ‘classic’ conditions and have been burned before, it could be that you’re still being too aggressive. Adding an oscillator like the RSI (relative strength index), or MFI (money flow index), will help increase your confidence in the entry.

Both the RSI and MFI operate with an index of 0 – 100. Over 80 is considered an overbought condition — under 20 is undersold. As price approaches a potential double bottom, make sure you’re at 20 or below before making your fade entry. Likewise for a double top, confirm that you’re at or over 80.

For a breakout, you likely will be in the middle of the range as the market gets ready to fuel a run in either direction with more gas in the tank.

Despite a few close calls, Phil has yet to win the US Open — and in the twilight of his career it looks like this one will elude him for good. He’s earned his moniker ‘Phil the Thrill’ by going for crazy shots that devastate as often as they amaze.

Don’t push profits out of reach by going for broke with trades that are just as likely to fail as they are to succeed. Spot the signs that a trend is either being supported or facing a correction, by reading the preceding pattern.

Double bottoms (or tops) are a strong sign that a bounce is likely coming your way. Fade and watch closely for another swing. If price is testing a level for a third time or more after a double bottom (or top) — trade for the breakout.

Bag championship-size paydays simply by looking for these conditions and making your play accordingly.