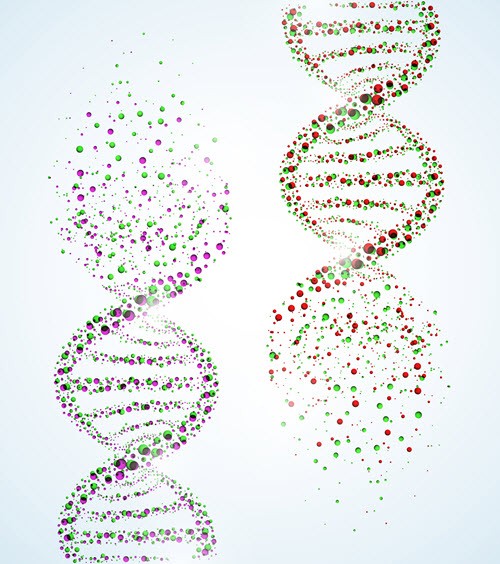 Are You Misreading Your Favorite Currency Pair’s DNA?

It came as a shock when her friend sent the screenshot. It was of a young woman in America who looked exactly like her. The more she thought about it, the more she realized it wasn’t impossible – she could have a twin.

Such was the predicament of Anais Bordier as she sat at her computer in her home in London on a gray, rainy Saturday afternoon. The only way to know for sure? A DNA test and confirmation that this young woman in America was her sister.

Unfortunately, millions of retail traders have a relationship with their currency pair that is continents away – when in reality they should be much closer. Instead of staring at your screen, looking for a resemblance that brings you closer to profits – get your market’s DNA. You can view this in real time – in the form of an Order Flow Sequence Tracking Footprint.

Why most retail traders are estranged from their currency pair

It was 25 years before Anais was presented with the possibility that she had a twin sister on the other side of the world. Her twin had long suspected that she may have had another half out there somewhere – and would even comment to her friends periodically that she thought she had a twin. Talk about an unintended estrangement.

Despite spending hours every day looking at the charts of their chosen currency pairs, millions of retail traders are in fact estranged from the dynamics that drive them. This is simply due to the fact that they’re staring at blank candles, attempting to decode their meaning by looking at formations with rate-based signals.

The result? Trades that are distant overtures at best to profits – with no real understanding or visibility as to what lies beneath. This approach ignores the underlying DNA that each currency pair is composed of – which puts meaningful profits out of reach.

With one powerful tool, this DNA can be laid bare, in real time – all of which can be analyzed to decode profitable entries and exits.

Going from a casual relationship to a DNA profile in seconds

If you’re looking for irrefutable proof as to who you’re related to or what your real ethnic origins are – simply take a DNA test. In fact, Ancestry.com has a fantastic test for $100 that involves providing a sample of your saliva. The results and the accuracy are absolutely stunning.

With Order Flow Sequence Tracking, no saliva is required. Simply add the Forex Alpha tool to your chart and your perspective on candles will be changed forever. If you’ve been struggling with reading traditional candle charts – the change would be on the magnitude of what Anais felt upon seeing the picture of her sister (relatively speaking of course).

With one glance, Order Flow Sequence Tracking gives you:

A change in perspective that transforms trading

Anais didn’t hesitate in reaching out to her sister. When they ultimately connected, they didn’t waste any time in making up for the years apart after being separated at birth due to adoption. The impact on both their lives was immediate and almost overwhelming as you read the account.

The impact on your trading will also be immediate. Being able to see exactly what’s happening within each candle, with summaries that you can analyze related to buying and selling activity, puts you in a position to reconnect with your currency pair.

Entries can now be made early, siding with the buying or selling force that’s about to take over. Continuation trades can be made with confirmation based on aggressive activity that may be supporting a trend. Adverse conditions can be spotted early and monitored for timely exits that protect your profits.

Going from an estranged relationship to a full DNA analysis of your currency pair presents the chance for transformation – not just a passing footnote.

Not a signal – an institutional methodology

Given the multitude of Forex tools that simply present an arrow – usually green or red telling you when to trade – reading a footprint may seem like a lot of work. For those of you hoping for something in the form of a direct signal – ask yourself: How much have those signals actually generated by way of consistent profits?

For many retail traders who have spent hundreds, even thousands of dollars on Forex signals proclaiming to make them rich – the proof is sitting in their account balance (or lack thereof). This is because they’re rate-based, which means they deliver a signal using what’s just happened, not what’s about to happen.

Analyzing the footprint made available with Order Flow Sequence Tracking puts you in a position to analyze vs. clicking – like an institutional trader.

The girl Anais saw in that screenshot would turn out to be an actress named Sam, who had just been in a movie. They would go on to establish contact, meet and later publish a book: “Separated @ Birth: A True Love Story of Twin Sisters Reunited.”

While you and your currency pair may not have been separated at birth – you can establish a deeper relationship by seeing its DNA. Use Order Flow Sequence Tracking to see the real-time dynamics between buyers and sellers of any pair you choose.

When rate swings are underway – know exactly who’s in charge by monitoring the deltas and imbalances as they’re revealed within each bar/candle. Know exactly where the inflection point is within each bar that serves as the bar-to-bar support and resistance level with COT.

Trade your currency pair as though you’ve known each other for a lifetime – and profit along the way.