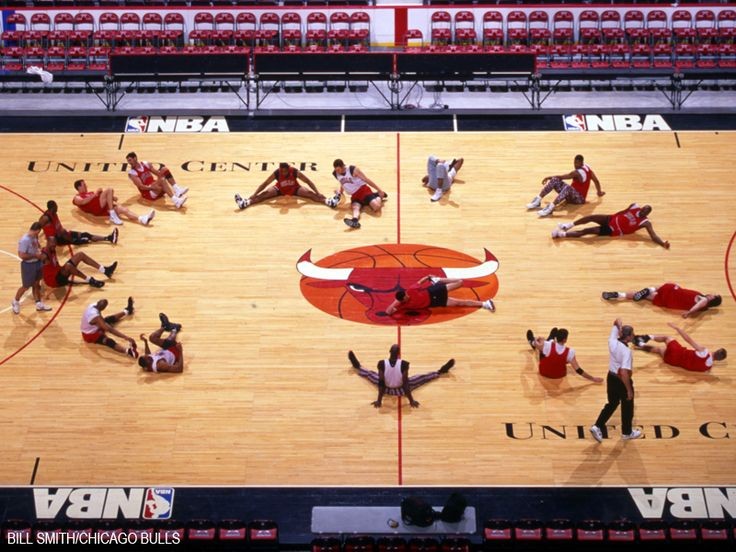 Clinch Wins During Trading Day By Preparing Like The Legends

Be championship-ready when you start your trading day!

May 7th, 1989, Cleveland. The moment he took the court against the Cavaliers, you knew something special was going to happen. His resume had been filled with amazing moments already – it probably didn’t matter who the opponent was – his force of will was going to take over.

Michael Jordan would go on to hit the game-winning shot, crushing the souls of Cavs fans for decades to come. At the core of his game-winning performances: legendary practices and preparation. To those who witnessed his practice regimen, he was maniacal about being in peak condition to play.

While many retail traders believe they’re preparing for their trading day – they’re doing nothing but guessing. Especially when it comes to plotting locations and exit targets that win. Fortunately, there is a routine that you can practice that’s easy to repeat while building Jordan-like confidence.

Why pre-market planning is nothing more than guessing for most

ESPN’s Melissa Isaacson wrote an amazing article about Michael Jordan’s practice habits years ago. Many believed that Jordan was fueled by the screaming, adoring fans cheering him at every turn. This thought overlooked his unseen regimen in practice – in an empty stadium. ‘All that mattered to him was the shot.’

Of course, no one would ever admit to this. The routines are largely the same – check historical price action over different periods of time. Check out the news. See what other traders are doing. And then to top off the process: Make a guess as to where the market is headed.

If you find yourself attempting to predict the market – you might as well swap the word ‘predict’ for ‘guess’. Instead, you should establish a routine that helps you visualize the market in front of you – with a location-mapping process that’s reliable and repeatable.

Institutional fundamentals you should be watching for

“You can practice shooting eight hours a day, but if your technique is wrong, then all you become is very good at shooting the wrong way.” This now-famous quote from Jordan can also be applied to pre-market prep.

Millions of traders put hours of time into ‘analyzing’ the market – while overlooking one fundamental: historical volume. Instead they stare at price with the goal of trying to predict where price will head – simply by eyeballing their chart. Setting indicators aside, this fundamental market analysis is critical if you’re going to ‘shoot the right way’.

Why? Because it’s the institutions that drive 90% of the market volume. Overlooking volume is the equivalent of overlooking the biggest shooters on the court. Simply put, where there has been strong historical volume – or even comparatively weak volume – you’ll see price action.

Fortunately you can add this to your chart and build this analysis into your daily regimen in a matter of seconds.

Converting volume into trades that score

“I’m not out there sweating for three hours every day just to find out what it feels like to sweat.” Michael Jordan’s practices were both infamous and legendary. Regardless of whether players loved or hated him during practice – his desire to win couldn’t be denied.

Using the ES example here, we’ve simply added a Volume Zones tool which you can find in NinjaTrader – free of charge. Notice the direct correlation between high volume zones and price action. When volume peaks – you can bet it’s the institutions that are taking the shot or driving the lane.

Adding and then plotting these levels to your chart takes seconds and costs nothing. In the process, you’ll have candidate entries you can lean on.

Millions of everyday ‘Joes’ head to the court, headbands on, $250 Nike shoes laced up – looking for a victim to practice their jump shot on. This happens all over the world, with every amateur shooter believing they’re a legend – if only in their driveway.

The same is true with retail traders sitting in their home office – hoping to take home a consistent profit. It’s fair to wonder if you really have a chance. Mercifully, you can employ this practice regimen even if you don’t have much of a vertical compared to the professional institutional traders that are driving the market.

Simply monitor volume and respect what it does in the market. Take your preparation cues from the levels offered and plot entry locations where volume has peaked and valleyed.

Don’t let your daytrading dreams fade when you have access to what the pros are doing.

Trade with the legends using volume when you prep

It would take the return of LeBron James to bring Cleveland back to championship glory on the basketball court. From the moment Jordan took his shot over Ehlo, this sports-loving city by the lake would wait a long, agonizing 25+ years.

Change your approach to preparing for your trading day and you can start winning tomorrow. Instead of trying to predict where price is headed – map the market in front of you. Trade with the institutional Jordans already in the market. Start by establishing volume zones and plot institutional levels where volume has increased and pulled back. Plot traditional market structures at both a macro and micro level.

Stalk the extremes and patiently wait for your moments to strike. Steer clear of ambiguity and make your move based on what’s playing out before your very eyes. Succeed with a winning plan that can be repeated.