Ninjacators / Everything / Grabbing Gold With The Gap At Market Open 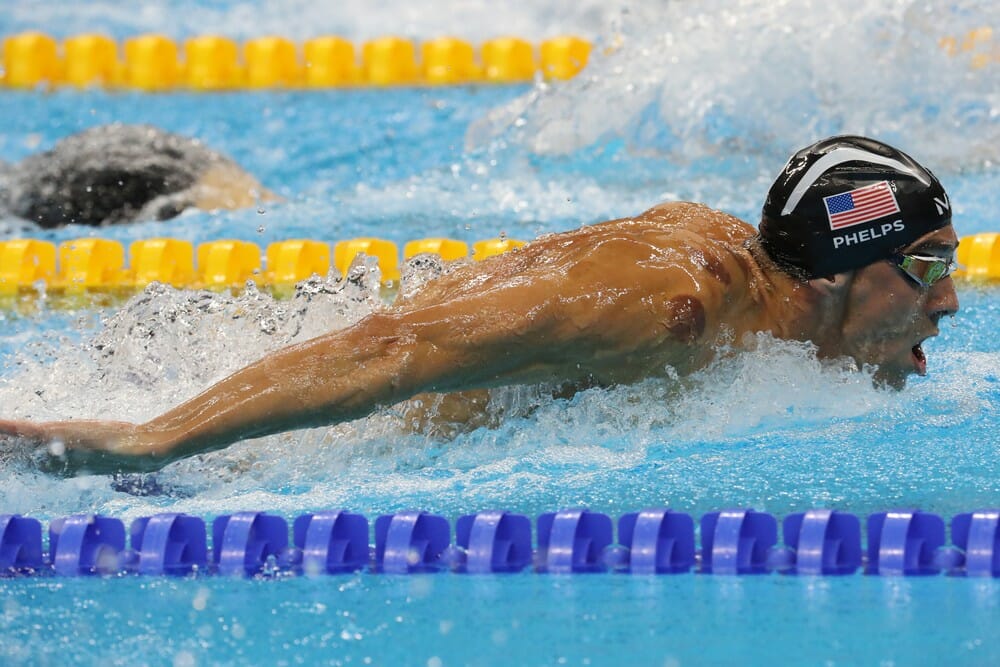 Grabbing Gold With The Gap At Market Open

They call him ‘The Phenomenon’. When the gun goes off and the outcome unfolds – there isn’t a gap he can’t seem to close for victory. Such is the predicament facing anyone competing with the great Michael Phelps – the greatest Olympic swimmer in American history.

In 2008, the gap seemed ‘unclosable’ during the 100-meter butterfly. In a finish close enough to give anyone cardiac arrest, he secured his seventh gold medal with a fingertip and a new record. Watch the race on YouTube and you still may need a defibrillator nearby.

Like Phelps in a race, a gap at market open is a moment to savor. These are opportunities to grab profits and trade with the pack. You just need to know what to look for – and be prepared to move quickly.

A stir at the open that you can’t ignore

He didn’t need to say it… but he did. And it caused a stir. Serbian swimmer Milorad Cavic mentioned before the 100-meter butterfly that it would be ‘good for him’ if Phelps lost. It fired Phelps up and the rest is history.

When there’s a gap at the beginning of a market – it causes a real stir for sure. Especially when the market has been dealing with all-time highs like the ES. Gaps are a sure sign that there’s pent-up steam that’s being blown off at open.

While they represent a risk for overnight positions – they present huge opportunities for day traders. The opening gap signals the desired direction of the market out of the gate. Like a taunt from a competitor, it’s something that can’t be ignored. It must be tamed and traded.

Opportunities you have to be ready for

The Serbian swimmer led for much of the race. In fact for much of the race, it seemed that Phelps would have to wait for another gold. Even making the podium at all seemed to be in question at certain points. It wasn’t until he made the final turn and the announcer started to lose his mind that everyone thought Phelps may have a shot.

When there’s a market gap, you have far more than a ‘shot’ – you have a high probability setup as long as you get your timing right. The second the market opens, watch for a gap of any kind. The direction of the gap will tell you the trend that buyers and/or sellers are looking to drive.

There are two stages you’re looking for at the open. The first is the initial drive that the market has pushed for. Simply put, if the gap is down – expect price to drive down. Likewise for a gap that’s up. The second stage is the most exciting, because gaps were made to be closed.

If Phelps wasn’t happy with how he started the race to win his seventh gold medal of the 2008 games, he quickly put that behind him. No world records, no Olympic records – just a win by the slimmest of margins you could ever imagine – one hundredth of a second.

When trading the gap, it doesn’t matter how the day starts – only how it finishes. Once the extreme has been identified and the initial driving force dealt with – you then have a chance to trade with the market to close the gap. Especially if the gap departed from an area of consolidation.

Check out the ES from the past week. Price had been grinding along in a relatively tight, upward trend. Let’s just say there was a little news that came out, oh, say every hour? Finally rattled, the market gapped down. You had both opportunities with this big gap down. First, you could have traded in the opening hours with the driving force. Then when the sellers were backed off – you could have ridden all the way home with the buyers to close the gap.

A great opportunity that doesn’t present itself every day.

In reality, his routine of slapping his chest and back on the starting block serves no purpose other than to get himself in the zone. It’s become a signature move, and one that six-year-olds can now be seen imitating around the world. A way of saying ‘I’m ready, now watch this’.

When the market slaps its chest and back with a gap at the open, make sure you’re paying attention. It’s just given you both the trend and the range that you’ll be working with for the day. Gap up and you’ll be dealing with an up trend to start. Gap down and you’re going to have downward pressure.

Like Phelps lurking at your heels, know that gaps were made to be closed – either during that session or in the coming day. Never be surprised when price comes back in dramatic fashion – if nothing else than to do a fingertip touch of the prior levels.

Trade with the gap and close in on legendary profits along the way.