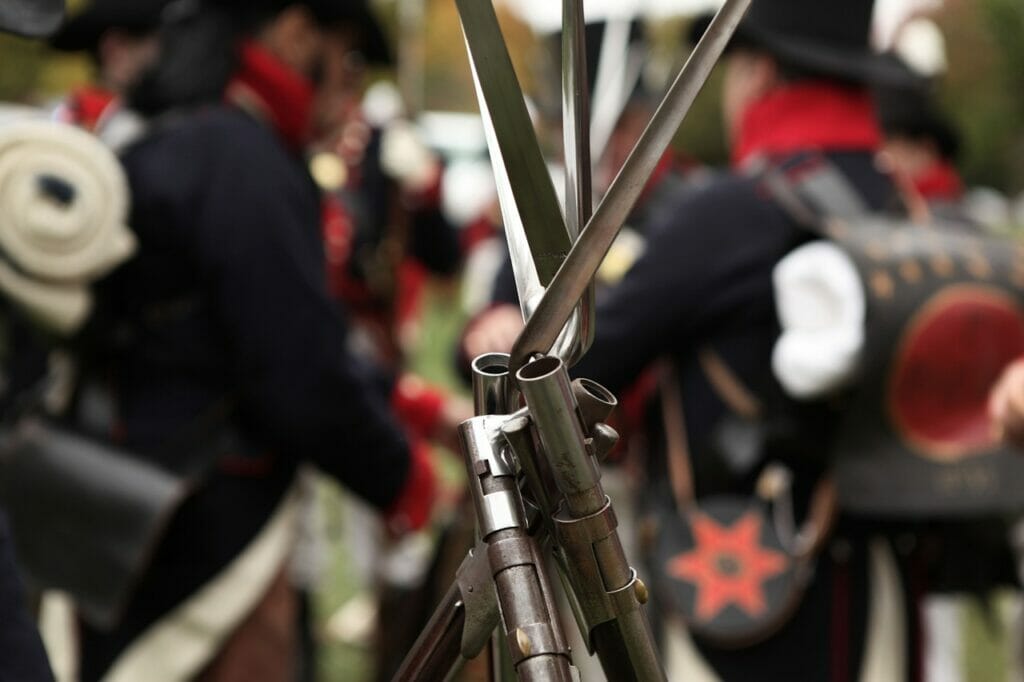 It was July 1, 1863: entrenched forces of the Union and Confederate armies faced each other across a soon-to-be-bloodied battlefield.

For three days, the battle raged. Neither side was able to successfully break the lines of the other. General Lee attempted to exploit a weak Federal line but was repelled after limited success. The Union army was able to marshal enough support to hold the line.

Finally, after the three bloodiest days in American history, the Union army seized the advantage. The Confederate army attempted a counterattack but had been too weakened over the three-day struggle. The Union army broke through the Confederate lines and continued to move south with little remaining organized resistance.

Trading in the futures market is far less dramatic than a life-or-death struggle on a bloody battlefield. However, that does not mean that the examples of support and resistance from the Battle of Gettysburg cannot be applied.

And applied quite successfully.

What are lines of support and resistance?

In war, lines of support and resistance are fortified positions. They serve to supply troops that are advancing that army’s objective. They also provide added protection from attacking forces in the event of a retreat.

In the futures market, these lines perform exactly the same function.

The support lines are formed by the lower end of the current price trading range. This is where the buyers have shown a consistent willingness to step into the market and make purchases.

In war, and in the futures markets, this back-and-forth action can take place over varying lengths of time. How long the battle lasts is determined by the strength and conviction of the opposing forces.

How do we identify these entrenched positions?

Fortified positions are easy to see in war. At the Battle of Gettysburg, tens of thousands of men could clearly see them and their deadly armaments by looking across the battlefield.

Today, they would be identified through satellite surveillance.

See how the buyers support the price and the sellers fight back at consistent levels over and over?

In the futures markets today, these lines of support and resistance are just as easily seen by plotting the price movements of a particular market.

This used to be done manually with a piece of paper and a straight edge.

Today, there is technology available that makes this tracking almost effortless. You can still look right across the battlefield if you like. But why?

When are we best able to win with support and resistance?

Traders are able to win by taking positions just before the counterattack begins.

It is much more important to us that the battle continues. The continuing attacks and counterattacks between buyers and sellers are what creates our opportunity.

Attacking armies expect counterattacks when they come within close range of an opponent’s fortified position. When that counterattack is successful, they retreat.

Our success comes from taking the opposite side of the current movements as the price gets close to the established limits of support and resistance. In other words, we win from the counterattacks.

How do we know when it is time to surrender?

Knowing when to enter trades to take advantage of the attacks and counterattacks taking place is an important skill.

But, it is every bit as important to know when the time has come to surrender or run. In war, this occurs when your position is being overrun by the opposing force.

In the futures market, it is exactly the same. When the opposing forces are able to breach the lines of support or resistance, it is time to surrender or escape. We call this occurrence a “breakout”.

Breakouts can happen quickly and violently — in war and in markets. When a fortified position is overrun, smart generals already have their escape plan in place. Smart traders do too. Lives and fortunes can depend on it.

How do traders protect their portfolios from this kind of all-out assault? We use stop orders placed just beyond the established levels of support and resistance. When our lines are breached by the opposing forces, our orders are automatically liquidated. The main army of our portfolio lives to fight another day.

How To Make The Most Gains With The Fewest Casualties

We have learned to identify the entrenched positions of the opposing forces in the futures market.

We can now begin to win from the attacks and counterattacks that will become inevitable. We change our allegiance back and forth with the momentum until the battle concludes.

When that occurs, our established escape plan allows us to slip away with minimal casualties and maximum gains.