Ninjacators / Everything / How To Concentrate Capital On High Probability Formations 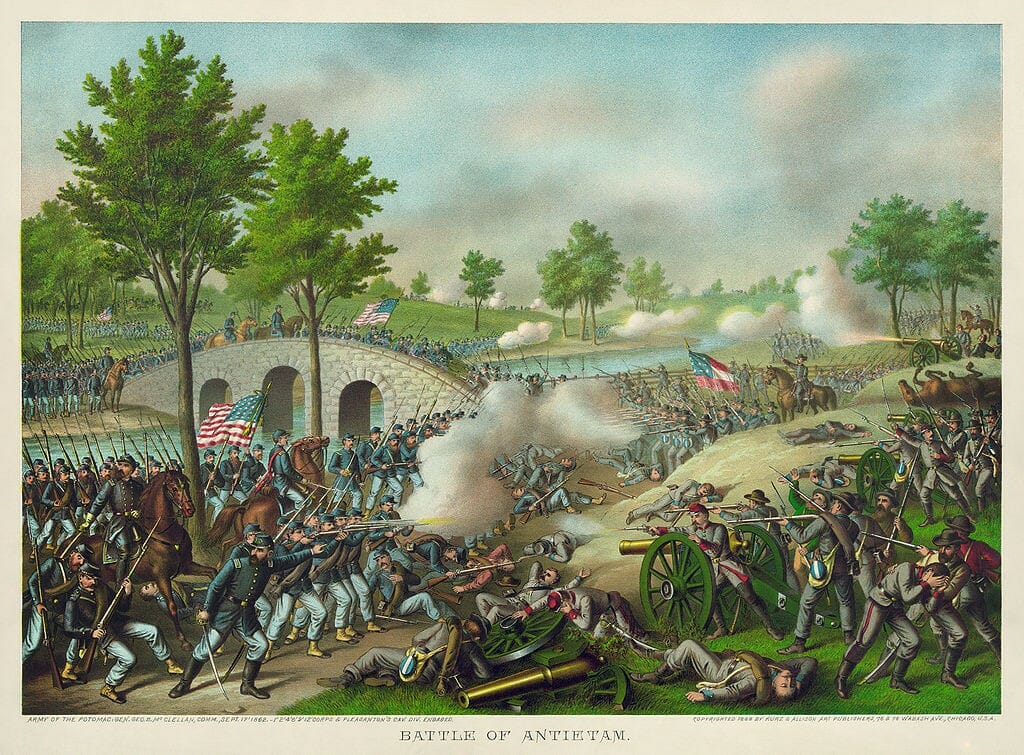 How To Concentrate Capital On High Probability Formations

It would go down as the single bloodiest day for a battle on American soil. The Battle of Antietam, just outside Sharpsburg Maryland, where 22,717 Union and Confederate soldiers would die, get wounded or go missing. All to end up in a stand-still.

Despite having superiority of numbers, Union General McClellan failed to concentrate his forces at a pivotal moment. This allowed the Confederate General Lee to counter, survive and push back the Union advance. A devastating battle of attrition.

Every day, traders misread their charts and make trades that end up with devastating losses. They then compound these losses by making the same mistake again, turning their trading business into an inevitable wipeout.

This can be avoided, simply by looking for, and waiting on, a handful of formations to develop. Then concentrating your capital at the right time for profit.

A battlefield mistake you need to avoid with a small account

They were outnumbered two to one. Odds of holding the line seemed absolutely outrageous. It went down on September 17th, 1862 when General Hooker mounted an assault on General Lee’s left flank. What would follow was a literal bloodbath.

When trading with a small account, you’re literally minutes away from sustaining a loss that will wipe you out, or push you out of the market. Single-tick moves mean everything, and one bad trade can have you running for your account’s life.
Unfortunately for many beginners, testing the market with a small account, it’s all over before they have the chance to really start building.

With the one or two trades that they can afford to make, they often take positions that never have a chance of delivering a move big enough to make a difference. In the end, the trades do nothing but rack up commissions and expose their limited resources to wipeout.

Fortunately, there’s a formation that can deliver the profit you need to get your account out of the danger zone. It requires patience and a concentration of your capital.

A formation you can count on to bring in vital profits

The Union forces gained an immediate advantage when they pierced the center of the Confederate defensive position. This could have been the end of the battle, had forces been sent in to follow up. Instead, less than three quarters of McClellan would be deployed – giving Lee the small opening he needed.

Don’t make the same mistake. Double top and bottom candle formations present your chance to pierce the market and make your move. These are moments when extreme price levels are tested once and then again. Looking at the examples below – you can see these moments unfold.

Avoiding the risk of the battle when plotting your attack

When he saw his chance, Lee made his move. He committed his entire force at the Battle of Antietam. McClellan took a piecemeal approach and didn’t leverage his size advantage. This left the door open for Lee, which he took full advantage of.

When the market gives you the right opening, make your move. Concentrate your trading capital on positions that will actually make a difference. To be clear – we’re not talking about going all in – but we are talking about picking your spots. When price comes back to test a level that’s at an extreme – watch closely to see if it’s broken.

Your clue is the long tails on the candles. This tells you that the opposing forces are stepping in and getting ready to push price back. While that’s a good sign, it’s not your final signal to move. Attack with the following candles that support the reversal.

Instead of being caught up in the battle, run with the winning side as they drive price back. This will give you the cover that you need while allowing you to make the profits that will bring your account out of the wood.

Despite the losses, history would hand the Union a mixed bag on this bloody battle. McLellan did halt Lee’s invasion of Maryland, but was removed for not going after him. Because the Confederates left the field it was technically a victory – one that led to Lincoln announcing the Emancipation Proclamation. The war would go on.

Don’t struggle along with a mixed bag of bloody trading results. Claim decisive victory through patience and concentration of capital. Wait for double tops and bottoms to form during periods of extreme price pressure. When you have confirmation that the support (or resistance) line is holding – concentrate your capital and make your move.

You’ll find that you’ll be trading less, but more profitably. Pick a target where you can exit cleanly and be prepared to wait on your entry. Stick to your trading style/strategy and get out of a loser – if one develops due to news or any other unforeseen market reaction.