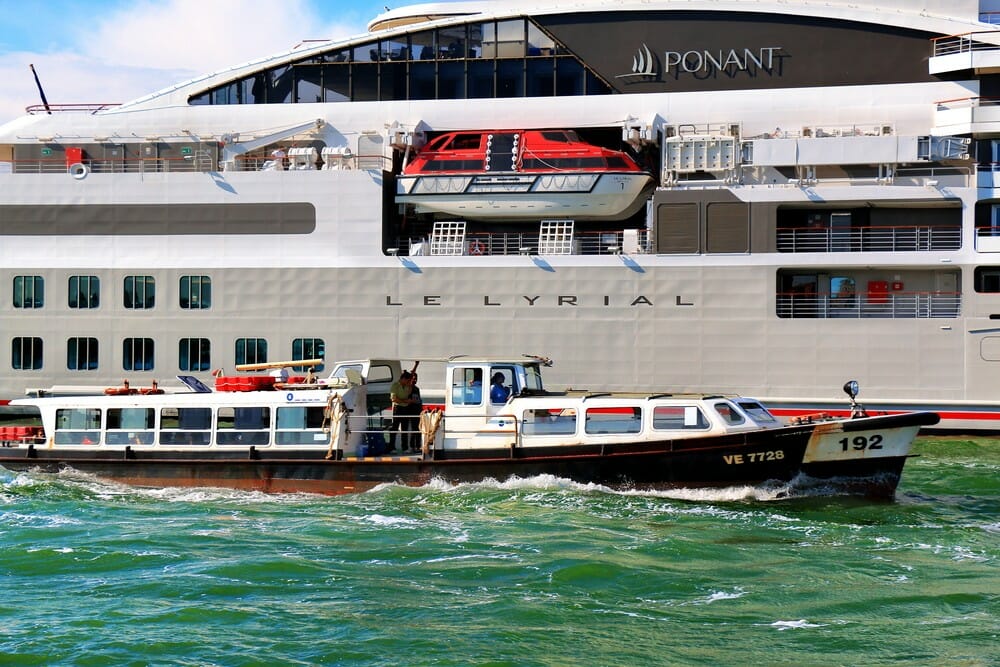 They thought they were prepared. And when the moment came, they fought them off for as long as they could. Such was the fate of the French-flagged cruise ship Le Ponant. Eventually, they were overtaken by pirates off the coast of Somalia.

Every second of every day, a retail trader’s entry is hijacked in the market. Except there is no corporation to pay the ransom, or insurance company to make them whole. All is lost for the entry, and in some instances – for the account. Finding safe waters is the difference between profit-making trades – or account-clearing tragedies.

Using established channels, traders can keep their entries and exits in high-probability zones that provide for safe entries and exits. Mapping the channel and setting course on your chart can be quick and easy as long as you know what to look for.

Why most entries get hijacked the second they’re made

It all went down when the ship was being repositioned to the Mediterranean for the summer season. It would involve an entire week at sea. The 30 crew members aboard would have this luxury ship, built for the ultra wealthy, to themselves. They knew they would be in questionable territory – but didn’t believe their ship would be attacked.

When retail traders make an entry, they often do so without realizing they’re in the dangerous waters of market chop. Believing they’re getting in on a profitable trade – they’re actually about to be hijacked for a loss. In many instances, it’s simply a matter of time – and of how big they allow the loss to get.

This is because they unknowingly choose to trade in the Value Zone – where the most volume is that institutional traders are interested in protecting. This is where 70% of the volume is taking place. Clueless as to what lies in wait, they sail their pristine entries, sails at full mast – straight into the line of fire.

Identifying passageways in the market you can trade

The route was supposed to be a cautious one. Just off the Horn of Africa, before turning west to enter the Gulf of Aden. Known to many, the Gulf of Aden is a literal gauntlet between Somalia and Yemen, about 550 miles long and 200 miles wide. If you’re going to or from the Suez Canal – you have to make this run. Pirates love it, because it concentrates the prey into a kill zone.

If your trade is sailing a similar channel, you’ll do best by steering clear of the institutional kill zone. It’s the POC (Point of Control) and sits right in the middle of Fair Value. This is where most of the volume goes off – and it presents significant risk for any entry made in its path.

Like a ship looking for safe passage, it’s best to define the channel that your current market is trading in. Channels are defined by periods of high volume – and they can be spotted by taking a macro view of your market – usually a 60-minute chart over a 300-day period.

Looking at the ES over the course of the last year, we see multiple channels that have developed since August of 2016.

Regardless of whether they’re sideways or trending they can be traded the same way.

The crew tried their best to prepare for an attack. On a luxury vessel built for comfort, there isn’t much you can do. Windows were blacked out, lookout watches were set up – fire hoses were put at the ready. Trailing lines were even strung from the stern to ensnare the propellers of small boats approaching from the rear. This was all to no avail.

Not the case when trading with channels. Simply hit Ctrl+2, or select the trend channel in NinjaTrader. Take the first line and anchor it with the first available high (or low) points in the channel that you’ve identified. An identical second line will appear and fix that to the extreme points on the opposite side.

When price breaches the barriers – odds are really good that you’ve got a pricing extreme you can use to plot a reversal. Add an additional oscillator like RSI (relative strength index) and you’ll have confirmation that price is headed back into the value area when it reaches an extreme.

Note the prior ES example and the relationship between RSI – and breaches in the channel. Each represented opportunities to get in for a profitable swing.

Avoiding traps that will take your trade hostage

In today’s modern age, it’s almost unbelievable that pirates still exist. To make matters worse, the pirates that hijacked Le Ponant made off with over $2 million in ransom money. A minor embarrassment considering the fact that the Gulf had a number of warships in the area.

Many traders would similarly argue that channels aren’t as easy as they’re made to look. Just like the Gulf of Aden, you need to be prepared – and trading with an oscillator that gives you an indication of market strength and/or volume.

More importantly, if you’ve taken an entry at the edges – monitor the middle of the channel for your first exit point. Since this is likely where the POC exists – and the high volume that goes with it – you may be looking at a reversal that can limit your profits.

Sail the markets on your terms, plundering profits along the way

The group that pulled off the caper was ironically known as the ‘Coast Guard’ – with origins as vigilante fishermen who robbed foreign boats that were over-fishing the coastal waters. They were also the same group that made off with $3.2 million after hijacking the Ukrainian ship Faina – which happened to be loaded with weapons.

Don’t let price overtake your account and plunder its precious resources. Protect your trades and the profits to follow by establishing channels. Start with a 300-day view of your preferred market. Hit Ctrl+2, or select the trend channel in NinjaTrader. Fix the first line to the high points on the trend – and then the accompanying identical line to the low points.

Monitor price as it oscillates within the channel – minding the edges as your entry point and the mid-point as your exit. Keep an eye on volume should you see acceleration that may push price out of the channel and into a danger zone.

Sail the markets with the confidence and safety that comes from trading in channels!