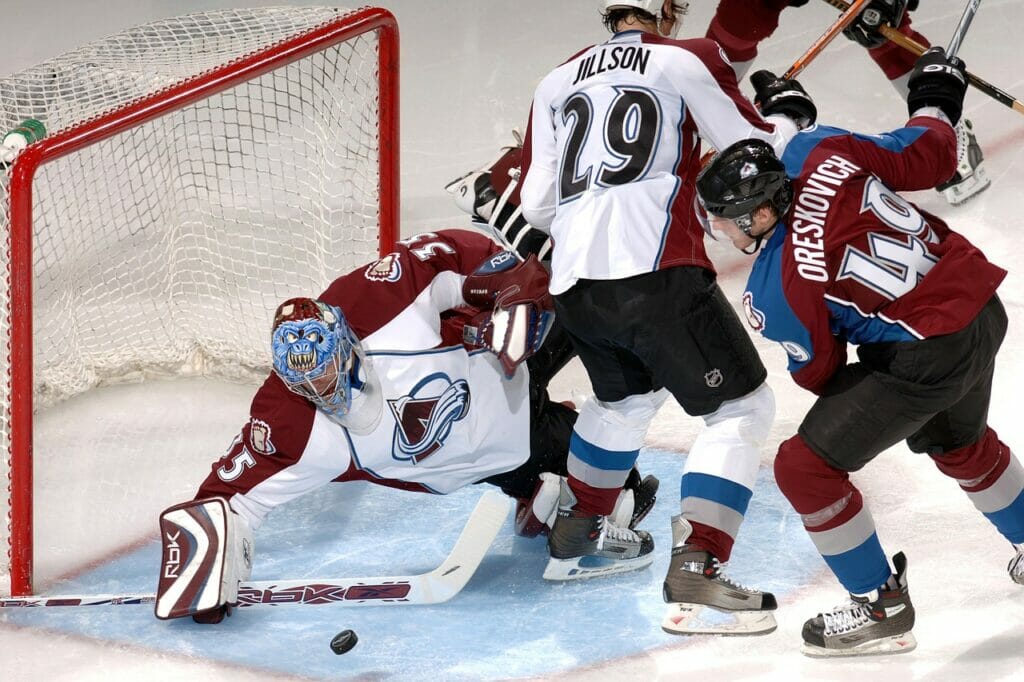 Scoring When Value Gives You A Power Play On Price

Minutes left in the third period, the score is tied and the visiting team’s forward is headed for the penalty box. Welcome to an NHL power play at the very end of the game. If you think a riot is about to break out, or that the arena will be burned to the ground if the home team doesn’t score – you might not be that far off.

In every market, there are millions of traders sitting in front of their screens looking for an opportunity to ‘score’ a winning trade. With one eye on their screen and the other on the
mouse – power play opportunities are passing right under their nose.

These opportunities all begin with knowing where price is at relative to value. As long as you know what to look for, you can trade with the overwhelming force on your side with a high probability chance to score.

A trade-killer, before a shot is even taken

It’s called a ‘jam’ play – often run during a power play. The attacking team rotates a pivot man in front of the net. The puck is passed – hoping to create a one-on-one match-up with the goalie for a shot. You can try it as much as you like, but if you’re playing against the Boston Bruins – your power play jam will get killed 87% of the time.

Many traders don’t realize that there is a similar ‘zone’ in their market that’s defended by a lot more than a pesky defenseman. It’s called the value zone, and it’s manned by seasoned institutional traders who are driving 95% of the market’s volume. It’s where 70% of the volume is taking place during any trading period – and it’s where the most market chop exists.

Unknowingly, most traders make entries in this zone only to have their ‘play’ killed before it even begins. This happens because these traders simply don’t know where the value zone is, or how to factor it into their trading strategy.

A virtue that leads to scoring success

Patience is regarded as one of the critical components to a successful power play. Even though time is limited while the penalty is being run down, great lines will develop a play and look for the right shot – instead of forcing it. Forcing a play creates the risk of losing control of the puck and letting the short-handed defenders break out.

Likewise, patiently managing a clearly defined value zone is critical if you’re going to spot high probability entries. Start by looking for price consolidation during periods of high volume. You can usually spot this, especially during grinding days because price moves along within a clearly defined channel.

Marked by previously tested highs and lows – this zone will have two boundaries: Value Area High (at the top) and Value Area Low (at the bottom). Smack dab in the middle – where you see a lot of chop – you have Fair Value, the price level that institutions are most likely to protect.

Just as a penalty precedes a power play – it’s volume that precedes or defines the value zone. Where volume drops off at the edges – near VAH or VAL is where you have your opportunities to score.

Camping out in front of the net for easy goals

Alexander Wennberg has been stone-cold deadly during power plays so far this season. There’s a 50% chance he’s either going to score a goal or make an assist if he’s on the ice during a power play. This 22-year-old, 6’2″ center has a habit of knowing exactly where to be as a play develops.

As price action develops in your market, you can camp yourself out right in front of the net using the value zone. Stalk price as it creeps towards the boundaries defined by VAH and VAL. When it enters – you have your opportunity to strike.

Respecting value as a tangible element

Many traders consider ‘value’ to be an abstract ‘sense’ or ‘perception’ about the market – mostly driven by news. While news certainly does impact price, it’s volume that drives value. And volume can be quantified and tracked.

Evaluating value from the perspective of volume, will change your view on trading forever if you haven’t considered it before. Why? Because it allows you to reveal the intentions and preferences of the institutions that are driving the market.

When they like a price level – on either the buy or sell side – volume goes up. When they don’t like it, volume dips. Regardless, price has to respect these moments – and therein lies the opportunity for success, using the value zone which is defined by volume.

The Columbus Blue Jackets have the best power play percentage in the league right now with a conversion rate of right at 28%. That’s right, they score 28% of the time when they have more men on the ice running a power play. If you were watching on New Year’s Eve, you would have seen them win their record 15th straight game against the Minnesota Wild with this ability on full display.

Run power plays on price with confidence – simply by knowing where the value zone is. When it’s challenged – camp out by the market’s equivalent of the net using the value area high or low as your zones for a shot. When you see volume tapering in one direction or another – get ready to make your move.