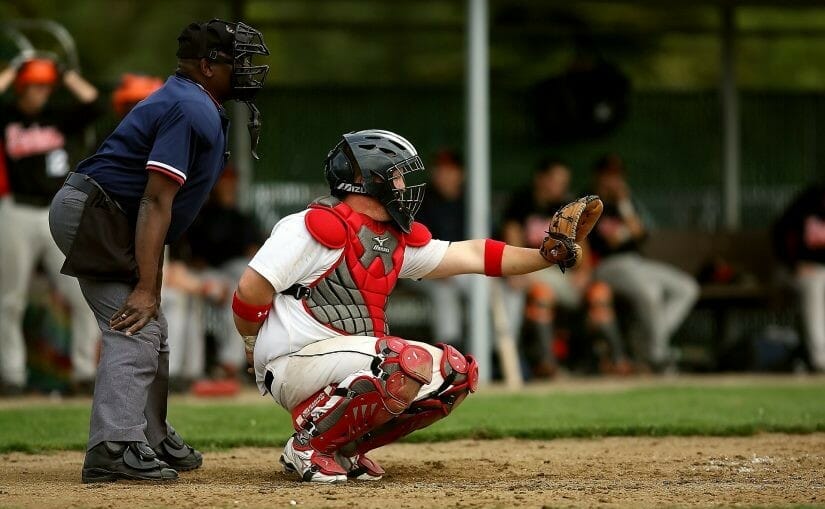 He was known as ‘The Greatest Hitter Who Ever Lived’ – Ted Williams.

When he walked off the field and into retirement he had an incredible batting average of .344 – the highest of all time.

Needless to say, this guy knew how to work the strike zone for a hit when he walked to the plate. Amazingly enough, when most traders walk to the plate with a trade, they’re hoping for Williams-like success – but they have no idea where the strike zone is.

Well, there’s a reliable strike zone established at the beginning of every market open. As long as you know what to look for, you can set yourself up for a nice base hit to start your day.

Why most traders head to the plate for a strikeout

The average batting average in Major League Baseball in 2016 was .255. If you’re keeping score at home, the all-time league average was between .260 and .275. That’s to say that for every 10 at-bats, batters got the job done about 25% of the time last year.

With the right risk/reward ratio, that would actually mean a break-even account for many traders. But for millions of day traders, that adds up to a total wipeout. Why? Many simply don’t know what to watch for.

They head to the plate having no idea what to watch for, or what strike zone the market has established. This can be solved, simply by tearing a page out of a big-league batter’s handbook for preparation when facing a pitcher.

It all has to do with watching the range – both the high and low, all within the first minute of the market – or for longer-term swing traders, the first hour.

A way to establish the market’s range at the open

Hitters take the first inning or two to watch the umpire’s strike zone. They watch and chart exactly what pitches are called strikes – and the ones that aren’t. Depending on the umpire, the strike zone will shift in one direction or another – and over the course of the game expand and contract. (Reference any number of batter blow-ups after a strike is called.)

The same exact analysis should take place at the open of any given market. It’s called the opening rangeand has clearly defined edges both at the top and the bottom. This is worth watching because the pent-up activity that has taken place the night before and in early pre-market trading works itself out in those opening moments.

Take a look at the S&P in the first hour of trading. The volatility is impossible to miss. Effectively the market establishes the initial strike zone in the opening minutes and then expands to reveal its high and low boundaries for the morning session.

Instead of walking up and taking a swing, you can simply watch for this to unfold and then pick an entry location accordingly.

Stalking entries thanks to the strike zone you’re given

Leadoff batters have the toughest job in the business. They’re facing a fresh pitcher, they have to get on base – and then they have to disrupt the pitcher’s rhythm by stealing whenever possible.

Why put your account under that kind of pressure? Simply sit back and wait for the opening range to be established. If you’re a scalper – watch the first 10 minutes in your given instrument. If you’re simply looking for one or two trades in the morning session – let it play out over the first 30 minutes or even hour.

You’ll find that timing the market and the boundaries that have been established are working for you. With our same ES example note the highs and lows that were established and the entry points that you could take advantage of. It’s like waiting for a pitch that’s in your wheelhouse.

After the trading established its range, having worked out the pre-market madness, a clear range is established – with a high and low. Using this time frame (the first hour) – you can use these for two solid candidate entries – both with logical exits before the end of the morning session.

Stalk these highs and lows and plot your entries accordingly. Don’t wildly swing for trades when the market is willing to tell you where the edges are.

As always, keep an eye on the news and the prior day’s trend. These are always factors in dealing with a range that will be respected.

After 21 years in the league, Ted Williams stepped to the plate for the last time at Fenway on September 28th, 1960. He hit a homer. Thank you very much. Good night Sally. A legacy of singles cemented with a homerun.

Get your trading day off to a high probability start with a Ted Williams-like at-bat in the first hour. Keep an eye on the high and low range that price establishes. Trade the bounce once that zone has been established in the opening 30-60 minutes.

Keep an eye out for home run-like conditions when there’s a breakout and be prepared to trade with the trend. When the range is broken, trade with that trend – but like any at-bat – know what your exit point will be.

Build a foundation of successful trades designed to get you in the game and on base. Then think about swinging for the fences. Put yourself on the path to a 21-plus-year career in trading by knowing where the strike zone is on the opening pitch.