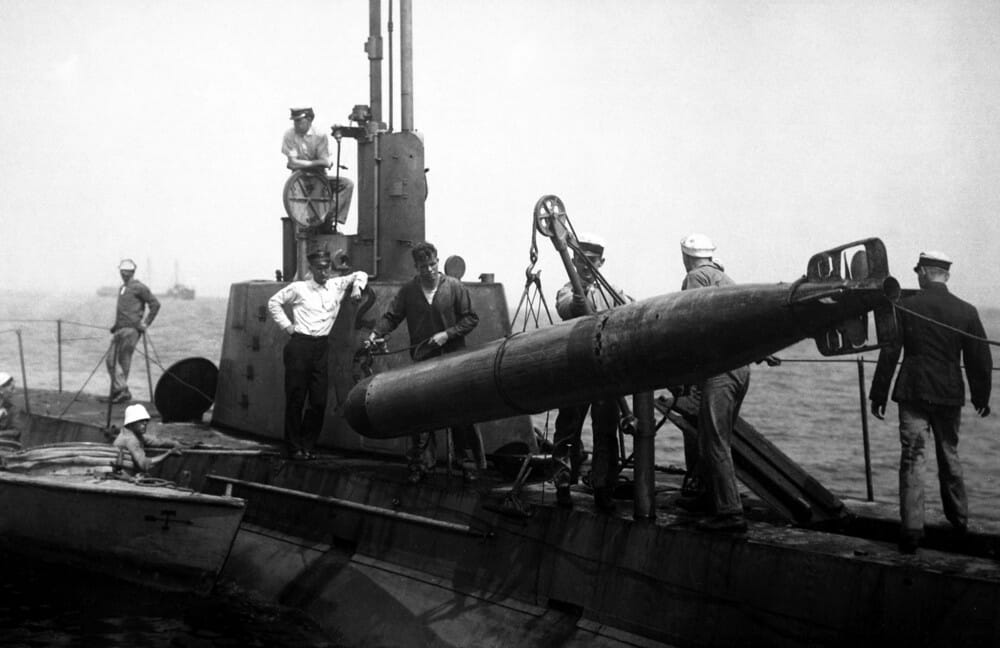 The Mark 14 torpedo, one of the world’s worst weapons ever made. It was incapable of doing pretty much everything you would need a torpedo to do once fired. And the timing couldn’t have been worse since it was deployed during World War Two.

Every second of every trading day, there is a Forex trader attempting to work with a currency pair that’s about as effective as the Mark 14. Completely unaware, they enter trades that never have a chance, in waters that are about as unfriendly to profit as you can possibly get.

This is often due to the fact that they are on the lookout for trades, instead of focusing on currency pairs that suit their trading strategy. This approach is especially lethal when trading with a small account. Fortunately, you can avoid this simply by trading the right pair at the right time.

WHY YOUR FOREX TRADES ‘CLANG’ OFF THE SIDE

Even when the Mark 14 did manage to hit its target – the result would often just be a loud ‘clang’ that echoed through the water. Hardly what you’re looking for if you’re trying to win a world war. This is because the contact exploder would break when the 3,280-pound torpedo hit a steel hull at 46 knots.

How many times in the last month have you fired off a trade – only to watch it clang off the side of your currency pair’s chart? In disbelief, you reload another entry only to see the same outcome. Either the trade is dead on arrival, or it takes far longer than you’d like to develop.

Most of the ‘clangs’ are due to spreads that are way too wide to have a chance of winning in your lifetime. Other duds come from trading a currency pair that, although attractive, doesn’t have the volatility you need to create opportunity.

This comes down to one often-overlooked mistake: picking the wrong currency pair to trade. Fortunately, there are a few currency pairs you can focus on – regardless of your trading strategy.

CURRENCY PAIRS THAT ARE SMALL-ACCOUNT FRIENDLY

By 1931 standards, the Mark 14 was a beast. Twenty feet long with a 21-inch diameter and a propulsion system. The Navy spent $143,000 to develop it (just shy of $2.3M today) – a bargain by today’s standards. It was considered state-of-the art and rolled out with much fanfare.

You can look past the Mark 14 currency pairs in seconds simply by zeroing in on the biggest ones with the most liquidity. There’s a chance you’re already working with them. Start with the EUR/USD and EUR/JPY – two pairs with plenty of action and very tight spreads.

These pairs also trade across a wide timeframe as they cover Asian, European and US markets. Layer on the USD/JPY and AUD/USD for further entry opportunities.

A side-by-side comparison will quickly reveal enough action to keep anyone happy. Track the spreads and you’ll find that the bridge you need to cross to win on your trade is much smaller than other fringe pairs.

Demand for the torpedos was incredible. The primary producer could only crank out 250 each year. The Navy on the other hand had almost 300 destroyers, each with 12 torpedo tubes empty and looking for a target. The Navy would end up building a factory to meet the demand for the 5,901 needed once war was declared.

When it comes to these currency pairs, you’ll have plenty of supply to meet the demand. Thanks to the institutional activity and almost constant liquidity, the primary pairs will afford you the timely exits and entries you need.

It’s this liquidity and speed that will help you build your account. If you’re a scalper, you can trade during peak hours with varying lot sizes without blinking twice at the spread you’ll be paying.

They’re also micro-account friendly – so if you’re trading with $500 or less, you can build a base of trades that moves your account from hundreds to thousands in short order.

Making matters worse, the developers of the M14 refused to acknowledge its design flaws. When it was all said and done, the Mark 14’s WWII record showed seven misses, duds or premature explosions for every 10 that were fired. At least one sub was sunk by its own torpedo thanks to this deadly little gem.

You can do far better than a miss rate of 70%. Start by giving yourself a chance with the right currency pair. If you’re trading with a small account, start with the EUR/USD or the EUR/JPY. You’ll find that both of these have tighter spreads and plenty of action to build your wins.

Add the USD/JPY, AUD/USD as your account grows – and your ability to evaluate different markets widens.

They are also tied to world events, including US events, without always being in the line of fire with every announcement or move. Keep your ATM stops tight and continue to be very selective with your entries. You’ll be trading with a whale of an account before you know it – without the blowups that come with other more expensive pairs.