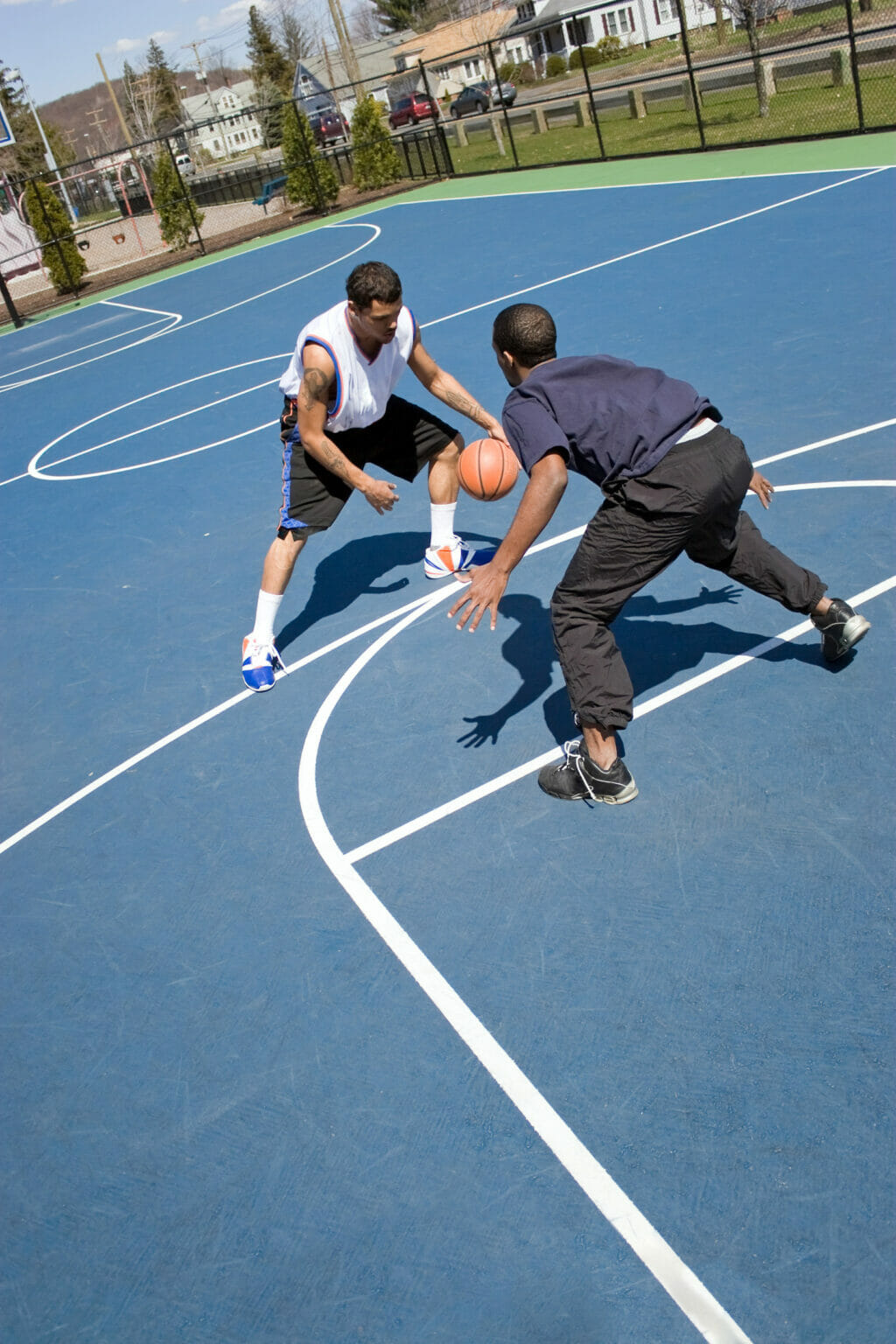 Take Advantage Of Killer Crossovers Thanks To Simple Moving Average

March 12, 1997, Philadelphia. The NBA was in the process of welcoming Allen Iverson to the league, but AI had other ideas. Tonight he’d be facing Michael Jordan and for sure the youngster from Georgetown would be put in his place.

It didn’t take long. They met each other at the top of the key, locked eyes — and Iverson iced him with a crossover. It was over before it began and Jordan had to choose between wondering where AI went or checking to see if he broke an ankle.

Every day, price delivers a crushing crossover in the form of reversals. You can use Simple Moving Average to spot these moments as they surface and score a profitable entry.

A courtside view of the market you’ll want to include

He came into the league as the number one draft pick. No tats or attitude yet. Just a killer crossover that had been breaking ankles during his time at Georgetown. Anyone who dared challenge him at the top of the key was immediately confronted with the possible embarrassment of having Iverson blow right by you.

When price meets you in your chosen market, you can take it head on with Simple Moving Average. Simply put, this tool is a mathematical average that adds the closing price over a selected period of time, and then divides it by that same period of time.

By looking at multiple moving averages, you can get an immediate sense of price’s behavior in the context of short- and long-term performance — which reveals opportunity.

Price conditions that are ripe for scoring

They say that when it comes to making a crossover on the court, the key is to create space between you and your defender. If you watch tape of Iverson you can see him take a quick step back and then make his move. The results were often devastating for defenses around the league.

When viewing a market using an SMA, start with three bands, each set with different time periods. Give yourself a short-term look with a period of 15 which should follow price pretty closely. Add an intermediate band at 50 which will trail the 15-period band with some space. FInally, insert a long-term band with an average lookback period of 300.

Between these three averages, you’ll have a perspective on the market that ranges from micro to macro — which is critical when looking for candidate entries. With this in place, you can now stalk price.

Iverson was known not just for his quick first step, but also for his court vision. Specifically, his ability to look across the court, evaluate the position of his teammates, the defense, and know exactly what was unfolding. This positioned him to call plays and anticipate open shooters.

When using SMA, having a good market vision is critical. Fortunately, you don’t have to evaluate an entire court of players — you just need to watch the three bands. When they cross, you’ll be presented with an opportunity to score.

Watch the relationship between the short-term 15 period and the intermediate-term 50. When these come close together, you could be nearing — or in the midst of — an intraday reversal. When they cross, the short term has overtaken the intermediate and a swing is likely underway.

When both the short 15 and intermediate 50 cross over the 200, buckle-up — you’re flirting with a potentially substantial swing with several ticks in the offing.

Note our ES example here and how the SMA behaved in the face of the recent election news. More than a few crossovers that, if you weren’t watching, all had the potential to break your account.

Embrace separation before the crossover

Because the SMA involves averages, many traders feel it’s just too late and that by the time the periods cross, price has already made its move. Look at it as a form of confirmation that the swing is in fact real and not a feint.

Because so many retail traders fall for supposed swings that are nothing more than market chop, having confirmation rooted in a long-term average is nothing but good. On grinding days, you’ll find that the 15 and the 50 intersect with some regularity. These are not ideal conditions to trade reversals with the SMA.

Like Iverson, zero in on crossovers that come after periods of decent distance. When an average starts to close the gap after veering away for a period of time, odds are very good that you’re reaching the peak (or valley) of a pricing extreme.

These are the moments you should be trading for consistent profits.

‘Practice man! We talkin’ bout practice!…. Not a game… Practice!’ No doubt, Iverson’s colorful personality and never-ending feud with coach Larry Brown made for some interesting moments. He left his mark on the league and influenced an entire generation of players to follow.

Leave your mark on your market simply by watching SMA. Day in and day out, you can watch these three moving averages and wait on the crossover.

Start by giving yourself a long-term perspective with a 300-day band. Complement this with a 15 and 50. When the 15 crosses the 50 you have an entry opportunity. When they both cross over the 300 — you have the makings of a game-changing trend move.

Either way, ice the competition and take your high-scoring profits.