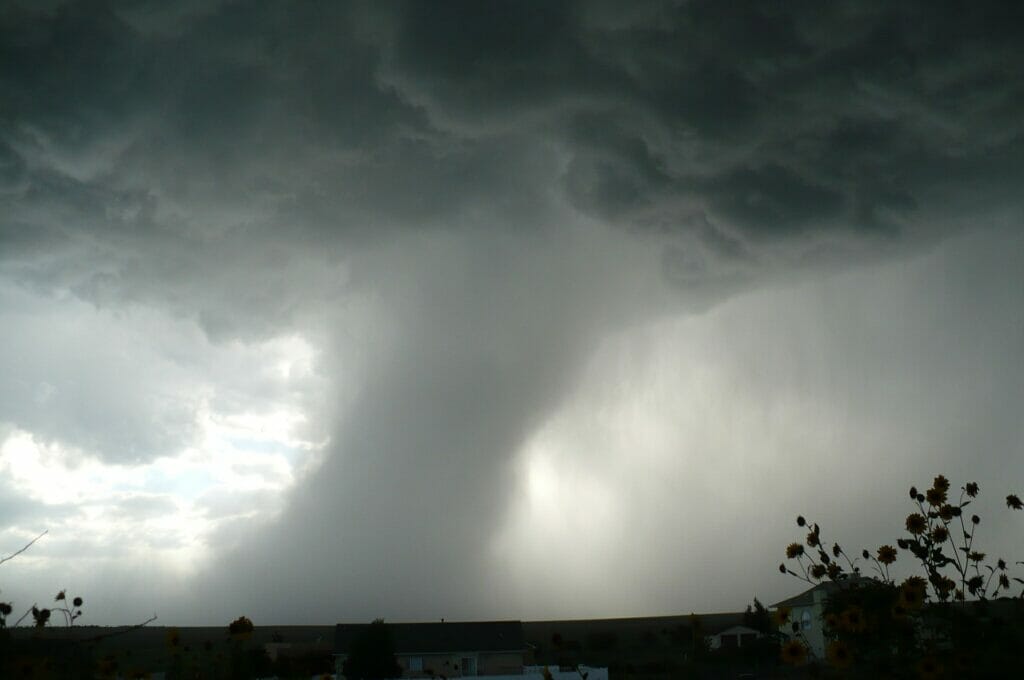 It’s tornado season and there’s nothing you can do to stop it. In fact, if you’re anywhere between Oklahoma City and Dallas, you’re basically in tornado alley. Better be prepared to batten down the hatches between March and October.

In reality, a pricing tornado can touch down in any market you’re trading in. It doesn’t matter where you live or what trading strategy you’re deploying. No one is completely safe. The difference between catastrophic loss and success lies in how prepared you are to read market conditions.

Fortunately, there’s an immediate signal you can look for, even in the most fierce of market twisters. It’s called Sequential Decline – and under the right conditions you can use it to chase success like Pecos Bill.

ENTERING FOR DISASTER, WITH NO WARNING OR HELP

It was the absolute worst time for a tornado to hit – 1:19am. There were signs of it on the radar, but the sirens never went off and the National Weather Service never issued a warning – until after it had moved on at 1:25 am.

If you’re a trader at any level – this scenario will sound pretty familiar. You’re in a trade, and in an instant – it goes from neutral to disaster. Seemingly out of nowhere, the winds driving price turn against you – leaving your broken account looking like a trailer park after a twister.

Why? Mostly because, like the Tulsa tornado where the sirens went off 6 minutes too late – your lagging price-based indicator is also late. There’s no way for you to see the institutional forces that are forming a funnel cloud right over your market.

As a result, your entry is either too early, too late – or right in the teeth of a storm that your account will never withstand.

If you’re interested in advance warning as to when price might make a turn – in one direction or another – you can start with sequential decline. These are the unseen movements, forming at the tips of candles (top and bottom) that you can win with. You just need to know what to look for.

THE SIGNAL THAT RAGING PRICE IS ABOUT TO BE TAMED

Anyone who’s been in, or near, a tornado will tell you the sky turns a freakish green. It’s like something straight out of a movie. When that happens – you don’t need to turn on the news to know something is wrong. The problem? You still have no idea where or when something is going to hit.

For millions of traders, they watch the sky in their market turn green – but have no idea when a move is going to be made. They watch as a candle loses its mind, with massive tails developing, knowing that buyers and sellers are going at it – but with no clue as to what’s happening.

When price is on a tear, wrecking everything in its path – it’s important to know when it will let up.

This is the precise moment that you need to be looking at Order Flow. Order Flow will tear the cover off a candle and reveal a detailed radar map of what exactly is going on between buyers and sellers. In the case of sequential decline – it will tell you exactly when buyers or sellers have reached peak velocity and are starting to die down.

This is the moment when the tornado of the market stops, straightens his tie and whispers – ‘I’ve about had enough here and am going to go in a different direction.’

These instances can be spotted quickly and easily, simply by watching the order flow at the tip of a candle in the closing minute. When Sequential Decline forms, you’ll see a successively smaller group of buyers (or sellers) at each price level.

Why do you care? Because this is the moment when a reversal is about to set in – and you can make your entry.

WINNING AS THE DUST CLEARS

Who wins in a tornado? The carpenters and auto body shops. In fact, it’s a cottage industry to chase storms from town to town and fix houses and cars after the damage has been done. Insurance checks are being cut and the money can’t be spent fast enough.

Steer clear of the storm and take your profits on the bounce with Sequential Decline!

When price has come tearing through several levels, you can come in for the win – simply by watching for sequential decline and plotting your entry. The perfect spot to stalk? Sequential decline in conjunction with an Institutional Trading Level that’s outside of the value zone.

Putting the above Order Flow candle into context you can see that sellers were on a run and then finally started to lose steam. The early radar warning? Sequential decline.

The number of ticks that followed for a buyer that got in? Plenty!

TRADING WITH SEQUENTIAL DECLINE SAFELY AS PRICE MOVES ON

It’s the EF5 that you need to watch out for. We’ll leave the rating system to the scientists and meteorologists. Just know that it’s the most deadly of tornados. These are the ones that destroy absolutely everything in its path. Wind speed? Try 318 miles-per-hour.

Instead of running for cover when an EF5 hits your market, watch for sequential decline. When there’s a touchdown and the buyers or sellers are reaching incredibly high wind speeds – you can be assured that it will eventually die down.

That’s the moment that you want to watch for. Tapering activity at the end of the twisting bar as the buyers or sellers find a price level that they finally back away from. That’s your signal that they’re starting to lose steam and the opposing forces are about to step in.

Keep an eye out for responsive activity and always trade in conjunction with both the value zone and macro trade levels (ITL, VRL and High Volume Levels).

Wink and nod at price twisters like a seasoned cowboy as you get ready to lasso your trades.