Ninjacators / Everything / Trading The Prevailing Wind With News 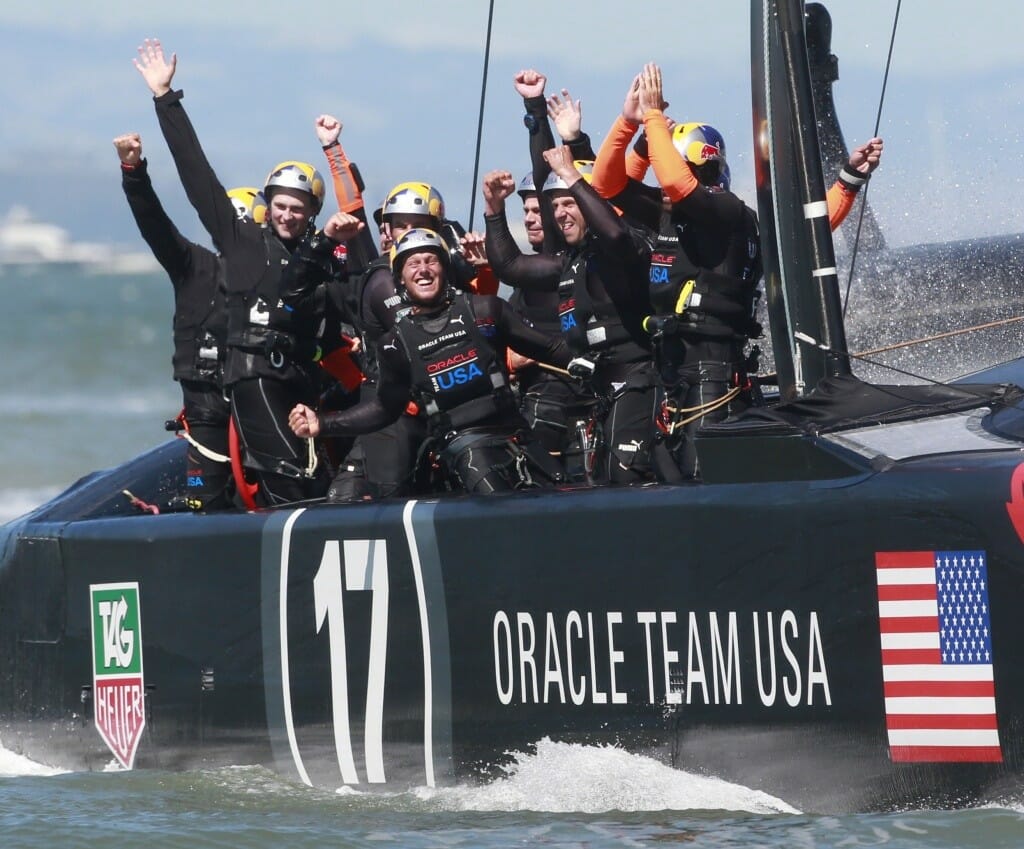 Trading The Prevailing Wind With News

Against the wind. Against the odds. It would be considered the greatest comeback in sports history. The backdrop was peaceful enough, San Francisco Bay – that is, until the winds picked up to 20 miles an hour.

For Jimmy Spithill and his 10 teammates, all wearing crash helmets and flotation vests, they could believe the short-term sentiment… or the wind. The same question faces retail traders every day – especially when big news comes out.

Fortunately, there’s a strategy you can use when trading the news that will allow you to sail with prevailing market sentiment, instead of being caught up in the losing furor of the moment. It’s called trading the news fade – and it could save your account.

It was an unfamiliar and very unwelcome feeling. The possibility of losing. Oracle Team USA, the favorite, if not the best bankrolled, had lost three of four races. At this point, losing the $100 million race wasn’t just a possibility, it was a probability. What followed is now considered the stuff of legends.

Legends and losses are created every time the news comes out. Be it an interest rate announcement, jobs report, or geopolitical event. You can be assured that someone, somewhere is staring at their trading platform in horror – while someone else is watching profits pile up.

This is mostly due to the insatiable desire to bet on the news before it comes out. That’s right, to make a bold prediction – one way or the other – as to what’s about to transpire. Setting aside the impossibility of generating consistent profits using this method – it’s also unnecessary.

There’s a way to profit from news events simply by watching the market’s reaction and trading with the following trend.

Waiting for your moment to strike after news comes out

It wasn’t the fact that the other boats were faster – it seemed that the eleven superstar sailors on Team Oracle were simply rusty. Because they were the defending champs, they didn’t have to race in the preliminaries. It took four races before they headed to Race 5 with their act finally pulled together.

When news comes out, you don’t have to make your move immediately. Simply watch the report, monitor the relationship between the forecast and the actual numbers – then track price reaction. You’ll often find there’s an initial reaction, based on the news itself, and then a fade.

The fade is what you’re looking for. Specifically, a return to the relative price level that the instrument was trading at before. It’s like being in a race and watching the leaders come back to you after they’re gassed and out of energy. The perfect moment to make your move.

Prior to the news coming out, mark the consolidation zone that price has settled into as it waits for news to come. If there isn’t a huge gap between the actual report and the consensus forecast, you can expect price to come back to that consolidation zone – and even resume the trend.

What the market has in effect given you: a bargain to enter in on.

Making your move once price hits the ‘upwind’ leg

There are five legs in a race, one of which involves going against the wind. It’s called the ‘upwind’ leg – and it’s where the race is usually won or lost. If you’re in front, you can increase your lead; if you’re behind – you can overtake the leaders if they don’t manage the wind correctly. This is where Oracle had managed to cough up the lead in the races leading up to the final.

When news comes out, there’s almost always an ‘upwind’ candle. The moment where the initial reaction starts to taper and the prevailing wind of the market takes over. This is the moment you’re looking for. A pause in the action and a long wick as price is pushed back in the other direction.

Using the recent jobs report, you can see this exact moment three bars into the news announcement. There’s the bar at 7:30 when the report comes out, which builds momentum based on a good report. And then price faces its ‘upwind’ leg and turns over.

Once you have confirmation that price has turned over, make your entry – and ride it back to the other side. You’ve just taken the lead and can now profit.

The winner of America’s Cup takes quite a bit home. In addition to glory, they get to choose where the next race is and what type of boat is to be used. Given the fact that races are three to five years apart… there’s plenty of time to gloat.

The stakes can be equally high with your account. Given the amount of time that can pass between big (huge) news events – like FMOC announcements… you need to make the most of each event. Don’t take the risk that comes with gambling and being wrong… make your move with the market once news comes out.

Once the announcement is made, wait… simply watch the market’s reaction. Let the news subside. If it’s a routine report, like the jobs report, check the gap between the consensus forecast and the actual results. After about 30 minutes, the market sentiment will become clear… make your move and prepare to trade back into the consolidation zone – or with the new price level.

Either way, trade with the fade and take your profits victoriously.