Ninjacators / Everything / Trading The Wildfires That FOMC Announcements Create 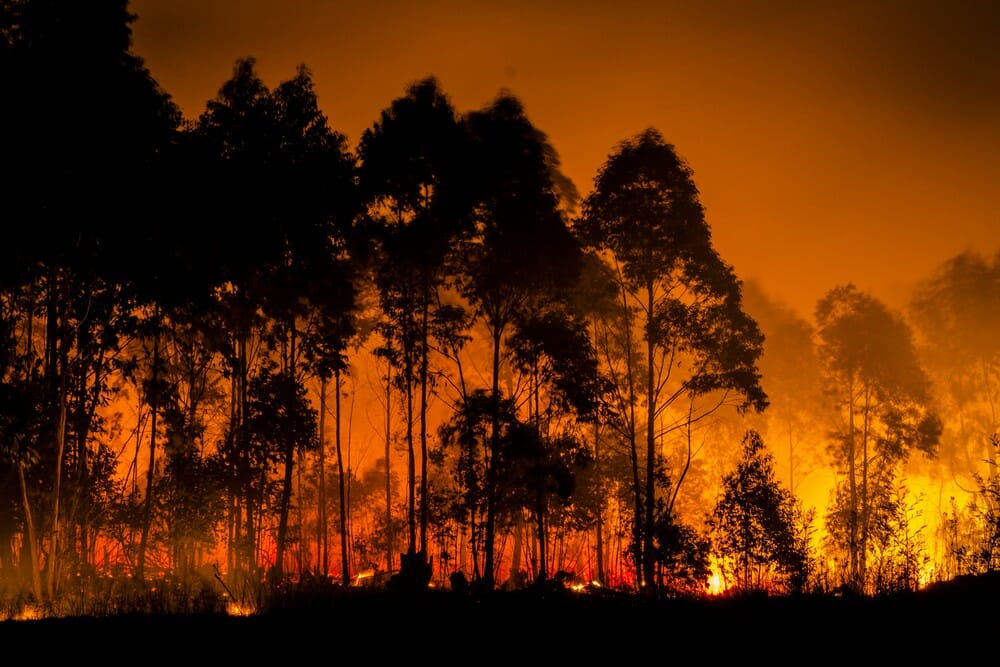 It began as a small grass fire in Berkeley Hills and ended as a $1.5 billion disaster. By the time it was brought under control, it would take out more than 3,500 homes, apartments and condos. It was the Oakland Firestorm of 1991.

Every day in every market, there are events that, although routine, have the potential to set the market ablaze. No such event has greater potential than when the FOMC (Federal Open Market Committee) gets ready to grab the mic and start talking about interest rate hikes. In an instant, accounts can get cleared or fortunes made.

How you trade this opportunity can either mean a long career, or an account that’s simply kindling for the market. Fortunately, there are a couple of basic, simple things you can do to steer clear of the blaze while grabbing a profit.

It didn’t take much. Just take a small fire, add a little wind and it almost instantly became impossible to control. Local and regional firefighting resources were almost immediately overwhelmed. By noon, it would be headed for the hills of Berkeley.

Every time there is even a whiff of news with the FOMC, markets seem to lose their collective minds. Forget whiffs or rumors – when there is a rate announcement with a press conference afterwards – fortunes are made and lost – all in a matter of minutes.

This is because in one announcement, monetary policy – especially after the long wait for rate increases – has the force of an atom bomb on business and markets. Amazingly enough, retail traders race straight for ground zero – thinking they can trade these events and make their month’s killing.

The moment a spark becomes a wildfire

It didn’t help that the wind was over 70 miles per hour. It made the firestorm erratic and incredibly powerful. It took out power lines to water pumping stations. Adding to the confusion, outside fire teams had difficulty connecting their equipment to hydrants with different sizes.

In a market firestorm, there’s only one type of ‘wind’ you need to pay attention to: institutional volume. These are the people driving 90% of the volume and deciding how much they like, or dislike, the news. Accepting the fact that you’re just along for the ride will position you for a trade that actually stands a chance.

Watching this institutional volume, and the direction it drives price, will tell you the positions to consider shortly after the news comes out – and then once it fades. Looking at the ES during the March interest rate announcement, you can see the clear price action based on the news.

It’s the volume that tells you the story of when to enter on the fade.

Entering for profit while everything is getting torched

At its height, the Oakland fire destroyed one house every 11 seconds. In the first hour, it had turned 790 structures into ash. Accelerating the damage was the fact that it started right next to a heavily developed area in Oakland.

You can either park your account directly in the firestorm of an FOMC announcement – or you can wait it out from the sidelines. If you’re going to trade with a force that incinerates an account every microsecond – then at least get a handle on what the institutions think of the news. In these instances, keep your trade brief and your stops incredibly tight.

Better yet, wait until volume drops off… and then picks back up again as the opposing force pushes the market back in the other direction. This moment is quite clear as price tops out – and volume picks back up – at greater levels than the initial force. While the timeframe for this trade will be brief as well, you’ll at least be trading with volume intelligence on your side. A lot better than guessing in a firestorm. In the case of this rate announcement, when the volume backed off – that would have been your clue to get out.

Firefighters came from Oregon and Nevada to fight the blaze. Airtankers were dispatched and the Navy sent its own firefighting equipment. When it was all said and done, it would take a satellite to fully capture the extent of the damage.

Keep your account clear of such blazes when rate announcements, meeting minutes and/or speeches are given by FOMC and its members. Remember that trading during a live event carries as much risk as anything you can imagine. Instead of betting on the news before it comes out, watch the market’s reaction to the announcement.

After 10-15 minutes, watch for short-term trend trades that ride along with institutional sentiment. That is if you must trade with the blaze of the news. Don’t plan to stay in these trades for much longer than 10 or so ticks, knowing that things can turn against you in a heartbeat. If after a full 30 minutes, the direction of the market is still unclear, sit and wait.

In the following day, look for a fade back to the consolidation zone and trade with the reversal. Keep your account clear of the ashes and enter from a place of safety as you claim your profits.