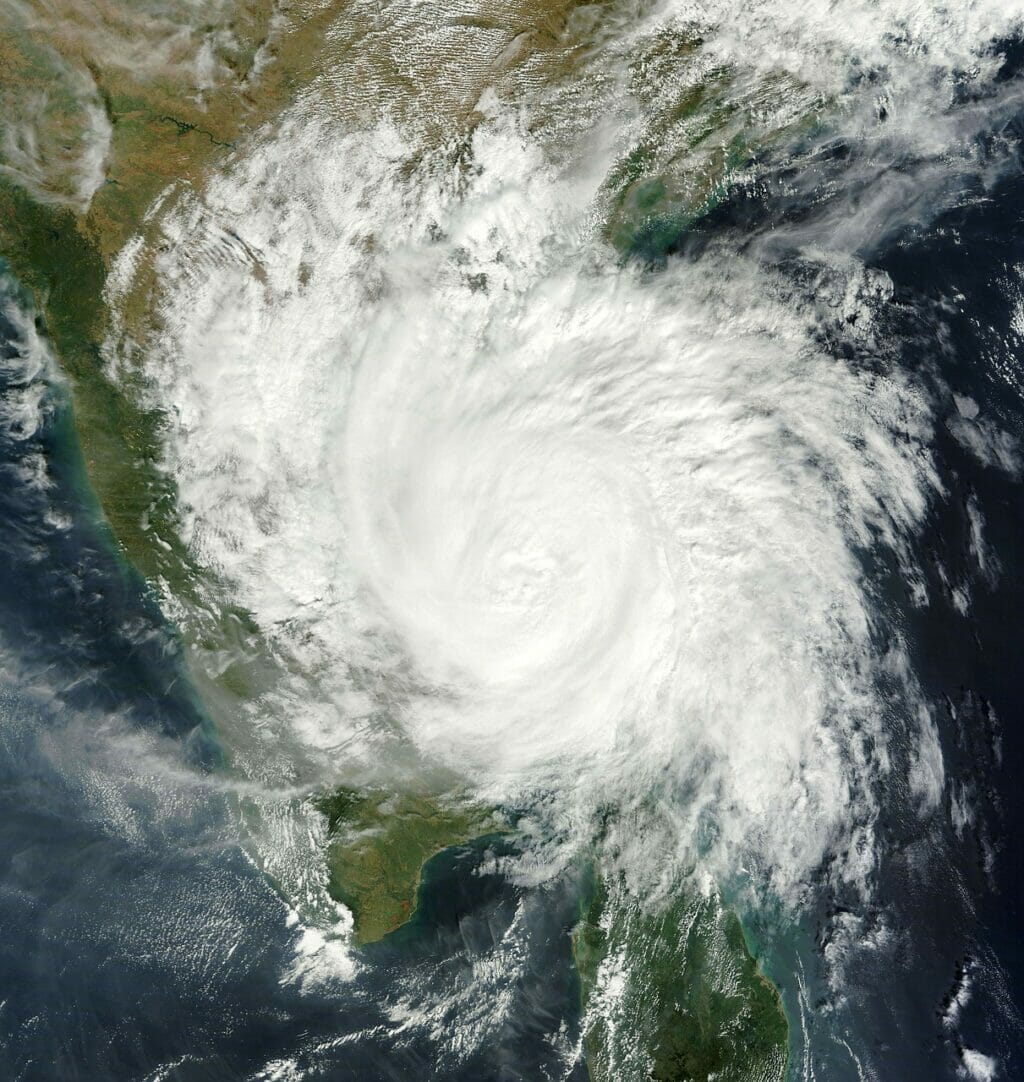 Using Divergence To Spot Volatile Price Swings Before They Hit

The line of cars racing out of town stretches for miles. By this point, the hurricane has a name, and, by the looks of the satellite images — a bad attitude to match.

If reports are to be believed, the winds, rain and damage will be of biblical proportions.

Like a bad storm that’s about to make landfall, you can spot big swings in advance when you get divergent (or opposite) trends between an oscillator and price.

Like a hot air pressure system meeting cold air — even though the two are different — they will come together and create a violent storm. If you’re ready, you can profit from a place of safety, instead of running for cover.

When conditions develop on your chart that are supposed to coincide, but don’t — it could be an indication that a stormy price swing is approaching. Specifically, when oscillators that are supposed to move with price actually move in the opposite direction, you have an instance of divergence and should watch for a swing.

Spotting these conditions as they develop can be the difference between profiting from an upcoming storm or being unexpectedly wiped out.

Spotting divergence when it unfolds

Just like a hurricane developing over the Gulf, when divergent conditions develop you can spot them quickly and prepare accordingly. You are simply looking for a price heading in the opposite direction from an oscillator.

In our examples, using the MACD as our oscillator of choice, you can see that:

When these conditions unfold, they can signal that a correction is imminent. In this case, with the MACD heading down and the ES moving up, we could be seeing the top of the market during this period of time.

Being ready when this condition appears positions you to profit when this correction makes landfall.

Turning a calamity into an opportunity

It usually takes a day or so for a hurricane to pick up enough steam before hitting landfall. When it does, a native of the eastern seaboard will tell you that if you’re not ready, you’ll pay a steep price.

When an oscillator like the MACD is bucking a price trend, you should take it as a sign that the two will synch up and the adjustment will be dramatic. In a market where price can swing on a dime, this shouldn’t come as a surprise when it happens.

Note the example here with the oil futures. As price plotted its way along on an up-trend, the MACD was heading down, in this case creating an extended period of divergence. When the two came together, the correction was of historic proportions.

Knowing that the correction is coming will save you from assuming a position that will kill your account. Trading with the correlated trend to follow will present high probability opportunities to profit.

Benefiting from trends and signals that diverge

Like any storm that’s coming, many would argue that it’s simply best to steer clear and wait for it to pass. For many traders, periods of divergence mean uncertainty, and trading with uncertainty means losses.

Bear in mind that divergence is not a condition to trade with, it’s simply a condition to watch for. When the price responds and correlates, you’ll have time to watch this reaction develop, and confirm it over time.

Trade with the overwhelming trend that’s confirmed. Simply use the condition as a location to watch for as it develops.

Profiting from the ultimate price correction when it happens

They say stores and auto body shops pray for storms, while insurance companies dread them. While people race to the stores, insurance carriers set up mobile command posts and prepare to cut checks to policyholders.

Spot divergent trends well before a correction hits your market. When an oscillator like the MACD or the MFI is pulling in the opposite direction from price, you can bet that a correction is on the way.

As the two start to narrow in on each other — just as a high-pressure system closes in on a cold front — get ready for a big move, even a gap. When this happens, have the patience to let price develop for a few candles — and then trade with the overwhelming trend.

While everyone else is running for cover, you will have seen this coming and can enjoy your profit from a fortress of safety.