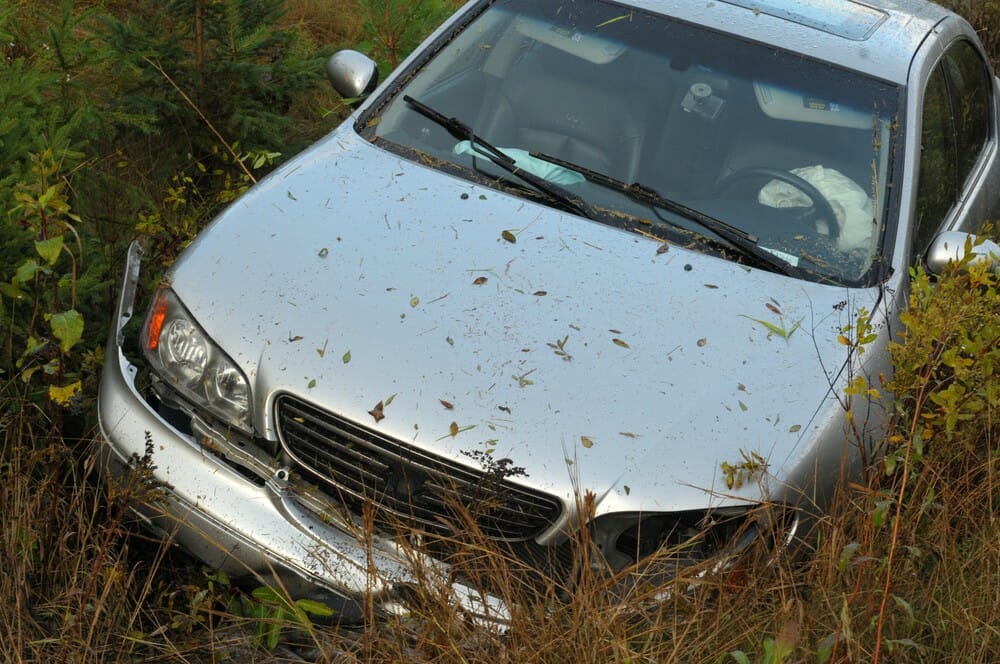 It was a miracle really. A woman rolls her car 500 feet down the side of a highway, is trapped in the vehicle for 14 hours overnight – and lives to tell the story. It was a secluded highway in Orange County, California, lacking one important feature – guardrails.

Every day, traders make entries only to see them sail off a cliff, headed for disastrous losses. In many cases, they simply don’t know where they sit in relation to the market’s established guardrails for that time period.

Fortunately, Keltner channels provide this guidance and can keep you from the trauma that goes with a crash.

Conditions that send most trades over the cliff

For as tragic as they are, cars crashing into guardrails has become a real YouTube sensation. The internet is filled with them and it seems to happen all the time. The outrage over guardrail accidents was bad enough that ABC News did a full story on the phenomenon.

Tragically, the same accidents happen every day in the market, as retail traders send their entry right over a cliff. They’d never admit it, but they’re sending these trades to their death with the cruise control on and essentially no hands on the wheel.

This is usually because they don’t have clear lines for tracking price movement. Specifically, they don’t know whether price is reaching an extreme on one side of the road – or cruising safely in its lane. Taking entries that are in the middle of a pricing lane is like standing in the middle of the Autobahn hoping for the best.

Keltner channels are an excellent way to monitor price and look for high probability extremes that steer clear of the middle of the road.

Channels that put guardrails on volatility

If you didn’t know already, guardrail manufacturing and the technology that goes behind it is a big business. The inventor of a recent guardrail technology still collects millions of dollars in royalties. This has put manufacturers at the very center of the outrage and related lawsuits.

Similar to Bollinger Bands, which use the standard deviation to set the bands, the Keltner channels use the Average True Range to set channel distance. Using the moving average as an area of general market consensus – you can get a good sense of where price is headed by which band it gravitates to.

Like a reliable guardrail, the bands can also be used as great entry points for extremes where you can find reversals. The key is knowing how to read these channels and when to trade them.

Nobody puts their turn signal on before they head over the cliff. For as impolite as it might seem, neither does price. You can use Keltner channels however, to plot when price is reaching an extreme either with the upper or lower band. It’s these conditions that you’ll be watching for to make your entry.

Using our ES example, note regularity with which price tests one guardrail at the top or bottom and then heads to the other side. It does this while almost always making a stop in the middle – almost as though it’s catching its breath. Amidst the traffic jam that the day’s volume can create, price almost always seems to reliably honor these guardrails.

With this information, you can plot entries at the extremes, when price breaches either the top or bottom of the channel. When it does, keep an eye on an adjacent oscillator to make sure you’re at an extreme that you should be trading. Back to our ES example, there are several times when price breaches a far band only to reverse and head back to the other side.

Trading these short trips, or lane changes, across the Keltner channel can make for very appealing profits. Keeping your time in market limited to a simple breach or touch on the other side will limit your exposure – given the volatile nature of what the bands monitor.

Fourteen hours at the bottom of a cliff is enough time for anyone to contemplate their decisions and ponder their mistakes. Especially if the odds of being found and rescued are getting slimmer by the second.

There are those who would argue that trading something so volatile will put you over a cliff eventually – especially with something as dynamic as the Keltner channels. This is why short trips, with limited time across the channel, is recommended. As with any trade, the longer you’re in market, the more risk your trade is exposed to.

When trading at the extremes of the volatility envelopes, keep an eye on volume so that a breakout doesn’t catch you by surprise. Remember that the channels will dynamically expand and contract with each violent move. News events or unexpected developments create enough force to push across any guardrail.

Enter trades that survive to profit from entry to exit

In the end, the woman who headed off the cliff in Orange County was saved by an act she would have normally thought nothing of – a phone call to her husband. Police were able to use the last known cell phone signal, and eventually found her by helicopter.

No need for a helicopter to search for trades using Keltner channels. These bands provide a strong indication of the guardrails that price is trading within. Add these to your chart and monitor price as it challenges the envelope.

When you see breaches on either side of the channel, get ready to make your entry. Keep an eye on the distance between the two outside bands since they’ll rapidly expand when there’s a breakout. Trade towards the middle, like you would with Bollinger – exiting when price it’s the mid-point.

Trade the road of price safely with Keltner channels, knowing these are guardrails you can count on.