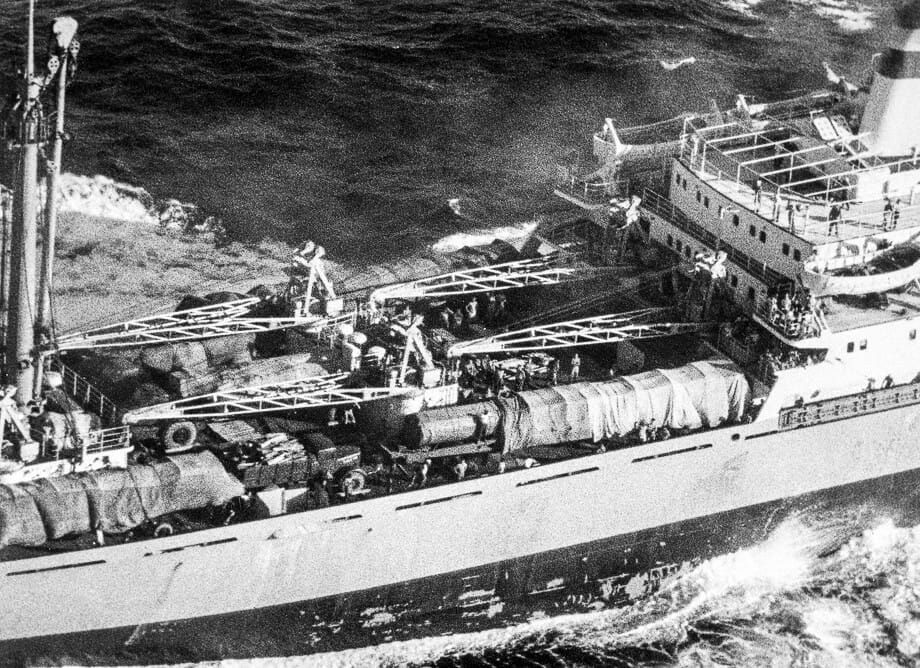 Using The Opening Tick To Negotiate A Deadly Market Blockade

The Cuban missile crisis. A 13-day standoff between Kennedy and the leaders of the Soviet Union that held the fate of the world in its hands. While history recorded the peaceful outcome as a success — the outcome was by no means certain during this tense period.

Nuclear warheads had been parked 90 miles off the Florida coast and communication took place through the show of brute force. The opening salvo: a shot across the bow at the now-famous blockade set the tone for the rest of the crisis. Although the moment was brief, it was an indication of how it would all end.

With the start of every market, the opening tick is widely considered the opening salvo that the rest of the world pays attention to. Reading it correctly, and using it as a reference point can help you generate high probability profits in an otherwise deadly price environment.

The opening shot you need to watch for

It was an Air Force U-2 spy plane that spotted medium-range and intermediate-range ballistic missile facilities in Cuba during a routine flyover.

Following the Bay of Pigs and the new missile stations in Italy, the USSR’s opinion of US activities was now clear. The opening shot of aggression had been made and with more missiles on the way, the Soviets weren’t backing down.

Kennedy could have gone to war and invaded Cuba in an instant. Reading and understanding the situation took a cool head and a long-term vision.

Likewise, reading the opening shot of the market, found in the opening tick, requires a circumspect analysis if you’re going to profit. The opening tick is the first print, or trade, of the day. Referencing its location in relation to the previous close tells you much of what you need to know about where price is headed.

Instead of attempting to ride the wave of emotion and volatility found within many market opens, you can use the opening tick as a valuable reference point.

An indication of where the conflict of price is headed

Mercifully, mutually assured destruction was not something anyone wanted. The Soviet leader Nikita Krushchev had a lot of people to keep happy — most notably the hardliners in the politburo who felt the US was getting ahead.

Accurately seeing this opening move as an attempt to position for power, Kennedy was able to avoid escalating the situation into a full-blown military conflict.

Reading the opening tick accurately allows you to see the position of the market. If it opens below the previous close, you should be on the lookout for a bearish day. Additionally, this opening price level is honored as a reliable support and resistance level throughout the balance of the day.

Looking at the ES example here, note how the opening tick started below the previous close. As the early stages of trading progressed, price was bearish — and then honored the opening tick for the balance of the day.

If you’re looking for a starting point to locate trades, starting with the opening tick gives you an indication of what you’ll be dealing with.

Profiting regardless of who comes out on top

Eventually the Soviets backed away from their hawkish position. When their ships carrying additional missiles and reinforcements approached the US blockade — they turned away. The hours during which this took place were pressure-filled for the White House and the world — monitored by the minute.

In the minutes after the opening tick, keep an eye on price. If it breaks above, watch for it to return and test this level for verification. Just like the Soviets testing the American resolve during this time of crisis — be assured that price will come right up to the line.

Prepare for entries that bounce off this level as volume dies. If volume is full speed ahead — look for a breakthrough and possibly a trend. Either way, having this established prepares you to locate high-probability moves.

Respecting a moment with lots of history packed within

The Cuban Missile Crisis wasn’t an isolated provocation. It was the result of years of build-up, conflict and maneuvering between the two superpowers. In the context of the larger Cold War, it was just another event.

After hours of waiting, the opening tick reflects the build-up and the attitude of the market. Watching price play out over the course of the day throughout any market, you’ll find that it’s respected.

As a result, it can’t be ignored – so trade with it.

Ignore the noise by profiting with the opening tick

Successfully getting through the missile crisis meant that Kennedy (and his brother Robert) would have to ignore conventional wisdom. This included the hawkish stance by the Joint Chiefs and decades of Cold War logic.

Ignore the noise around you for just a moment and zero in on the opening tick. When it finishes, you’ll have a price level that will serve as respected support and resistance for the balance of the day.

Let the first 15 minutes pass as cooler heads prevail with the opening activity and watch as price revisits that point and honors it through the balance of the day. Take your aim at entries at this level with confidence that you’ll see support, resistance and ticks.

Profit from the opening tick, while the world waits and frets!