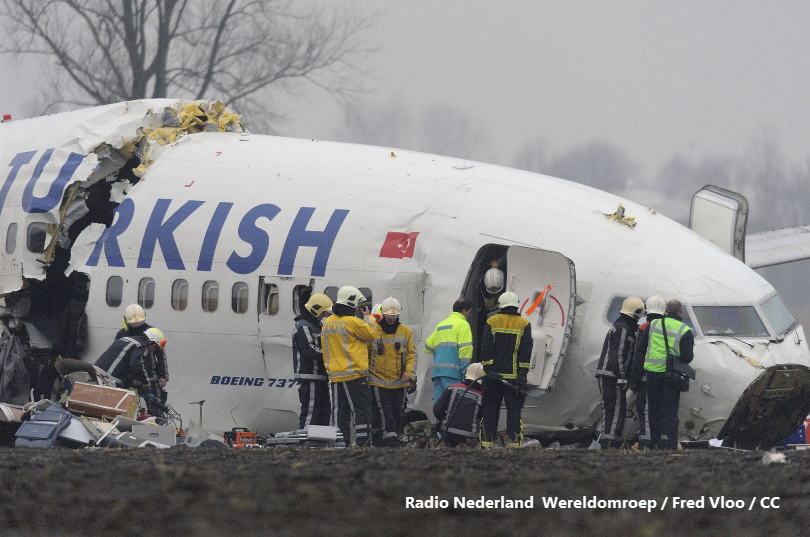 Why You Want To Control Altitude When Price Is Soaring

Turkish Airlines Flight 1951. A horrific crash that took place during landing at Amsterdam Schiphol airport in 2009. The plane missed the runway and broke into three pieces, resulting in the death of nine passengers and crew – including all three pilots. The cause: a faulty altimeter.

Knowing where you’re really at in relation to the ground is always a good thing when flying a plane. The same is true when trading, especially when price is violently ascending or descending.

When there is no historical support or resistance to use as a reference point, you can use Fibonacci extensions to monitor price’s altitude. When looking for trade locations in all-time high or low conditions, this can be the difference between success or account-killing crashes.

Why all-time highs or lows result in crashing trades

Tragically, the crew only noticed there was a problem with the altimeter after it was too late. By the time they tried to intervene the plane had lost thrust and was stalling – basically falling out of the sky.

Sadly, most retail traders deal with market highs or lows only when it’s too late – after the breakout has ensued. Usually, they are left holding the bag on a reversal entry that hasn’t materialized, or is really late – both of which result in losses.

This is often due to the lack of historical price precedent coming with all-time highs or lows. When traders look left to find support or resistance, it’s not there – and it often results in an entry that’s an all-out bet, with no logical target in sight.

An altimeter for price you can count on

While the radio-altimeter is supposed to tell the pilot where they’re at in relation to the ground – with automatic callouts, there had been a rash of outages. According to one source*, Dutch KLM Airlines Boeing 737-800 recorded 17 failures over a 6-month period – leading up to the Turkish airlines crash.

Not the case with Fibonacci extensions. Thanks to this tool, you can get remarkably accurate readings when it comes to price’s altitude – especially on breakouts or big trends. Better yet, the tool is free and likely sitting in your trading cockpit ready for use.

Using the Fibonacci sequence of numbers, this tool anchors at least two high points in a trend and then extends into the future. The future levels give you moments to watch for as the trend continues – for either intermediate pullbacks or strong continuations.

Price levels to stalk when price is plummeting (or soaring)

It was on final approach when the Turkish airlines altimeter on the captain’s side suddenly changed from 1,950 feet (590 m) to read -8 feet in altitude. Although the voice recording revealed the crew was given an audible warning (‘too low! gear 1) – the altimeter on the right was reading correctly.

When it comes to trading with extensions, use a reliable altimeter you can verify at any time with price and volume. Note the ES example here. With price continuing to drop, we can take three low points of our choosing in the trend and extend into the future.

Extending each of the Fibonacci extension levels into the future would have given you multiple points of reference – all of which were reliable. With price racing down, it’s very helpful to have an accurate altimeter of where the ground is – and what you should be referencing.

Not the only instrument to monitor when confirming entries

Fibonacci is available to everyone, yet traders continue to crash when the market is trending – why? Many times when price is on a roll, the veracity of the momentum is misjudged.

When trading with Fibonacci tools, including the extensions, it’s important to use these as starting reference points. Stalk these levels in conjunction with other tools like RSI (Relative Strength Index) or, in the case of dealing with a trend – divergence and/or convergence with MACD (Moving Average Convergence Divergence).

Confirm where you’re at relative to strength and momentum – and trade at the extremes. Steer clear of the middle ground which leads to crashes. Don’t fall into the trap of simply looking for a line for an entry – trade these powerful tools in conjunction with each other.

Keep an eye on extensions and throttle for success

Keep an eye on candidate entry and exit locations, when price is rocketing up or plummeting down, with Fibonacci extensions. Grab the tool, or simply hit F9 and drag from the starting point of any price run. Take it to its corresponding peak or valley – and extend again if it’s part of a trend.

Use the extension levels presented as guidepoints to watch for potential pullbacks or aggressive continuations. Watch your airspeed equivalent in the form of volume to make sure you have confirmation.

Take control of price when it’s reaching all-time highs or lows, and soar instead of crashing!